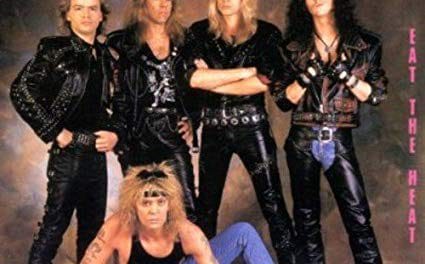 Former Accept lead vocalist David Reece was recently interviewed by Jimmy Kay of The Metal Voice and was asked his thoughts on former bandmate / bassist Peter Baltes‘ departure from Accept.

Reece advised (as transcribed by The Metal Voice with slight edits): 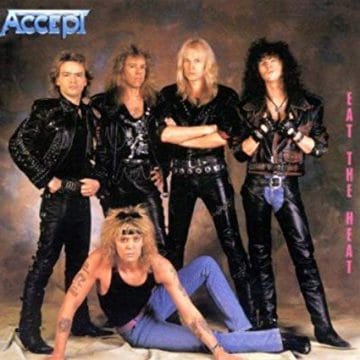 “I have said many times that I would not be sitting in this chair talking to Jimmy Kay at The Metal Voice or doing another interview somewhere else had it not been for the opportunity of being in Accept. Some people hated me and some people loved me in my time with the band. Some people, still hate me for that record ‘Eat The Heat‘ but people in the last five years or so fans are bringing that album to me saying wow  I never realize how really great the album is. I mean, if it wasn’t for the song ‘Fast As A shark’ there wouldn’t be Metallica, there wouldn’t be many of these speed metal bands that are out today.  Accept opened that door and knocked it down and created metal.  I have nothing but respect for Wolf Hoffmann I have nothing but respect for Mark Tornillo. I saw them live in Milan Italy recently and they were fantastic and their new album is fantastic too.”I had a falling [out] with Peter Baltes back in the day  but I had never ever had nothing but the utmost respect for him, his input and his  legacy in rock and roll. Peter is probably one of the greatest bass players. I  wish him and Accept continued success.”

When asked about his upcoming tour opening for U.D.O. in Germany and Switzerland, Reece indicated: “In February, [the] David Reece band will be opening as a special guest in Germany and Switzerland for U.D.O.. I cannot tell you how amazing and blessed I am. I’ve known Udo Dirkschneider for a long time. I met him when he was no longer the singer of Accept. Over the years, we’ve maintained a high level of respect for one another. His son Sven had a group called Damage who opened for me in Germany back in the mid-2000s. And Udo occasionally would pop in the shows and it was kind of a big deal for the audience to see Reece standing there with Udo Dirkschneider. So I’m really excited to see how the public reacts to this upcoming tour.  Right now, officially there are 10 dates that we will be touring together. I cannot tell you how great I feel for this opportunity, I’m thankful from the bottom of my heart to U.D.O. and his organization.”

Interview with David Reece by The Metal Voice: