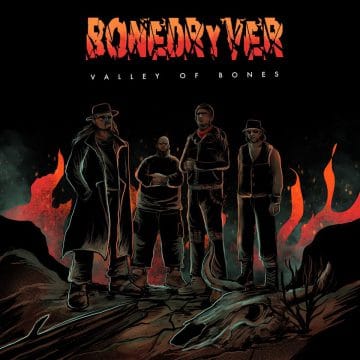 North Carolina rockers Bonedryver consisting of lead vocalist Mark Michaels, guitarist Jimmy Penland, bassist Kevin Freeman and drummer Jeff Price have announced that their upcoming sophomore album Valley of Bones will be released in the spring of 2022 and will feature a guest appearance from none other than former Bangalore Choir, Accept, Bonfire and Tango Down lead vocalist David Reece.

BoneDryver describe their sound as “Ballsy hard rock with a southern-fried flair!”

“BoneDryver is pleased and excited to announce that former Accept, Bonfire and Bangalore Choir and current Reece vocalist David Reece will be joining us as guest vocalist on a track for our forthcoming album “Valley of Bones,” due Spring of 22. We are honored and excited to have this legendary voice as part of our efforts and look forward to hearing what’s coming as much as you are. Peace and Happy New Year.”