The group’s Kickstarter campaign indicates in part (with slight edits): 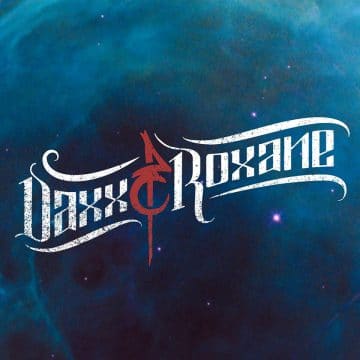 “Daxx & Roxane is heading back to the studio to record their sophomore album, set for release early 2020!

We are setting up this campaign to help us fund the project and make this the best it can be. It is a huge investment and we wouldn’t be able to achieve it without the support from our fans. We have come up with some great rewards in return for supporting Daxx & Roxane and helping bringing this new album to life!

The album will be produced by Colin Parkinson and engineered by Moises Zetina at Westway Records Studios in London. We plan to spend two weeks in the studio in December to get it all done.

All backers will get and exclusive instant download to a very early stage demo of a track featured on the album….

Originally from Montreux Switzerland, Daxx & Roxane are four childhood friends who packed their rock n’ roll dreams in their bags and booked a one way ticket to London to pursue a musical career. Releasing a debut album “Ticket To Rock” in 2017, they made a name for themselves with great rock press reviews and four singles being picked up by the Planet Rock Radio playlist. Daxx & Roxane toured extensively across the UK, as well as playing in front of large audiences at the world famous Montreux Jazz Festival or supporting Finnish rockers HIM on their sold out farewell show at the Roundhouse in London.”