DC4 consisting of Jeff Duncan on guitar and lead vocals, Matt Duncan on bass, Rowan Robertson on guitar and Shawn Duncan on drums have unveiled their first video for their track “Atomic Music” from their re-released and “re-tweaked” album of the same name via HellAphonic Music. 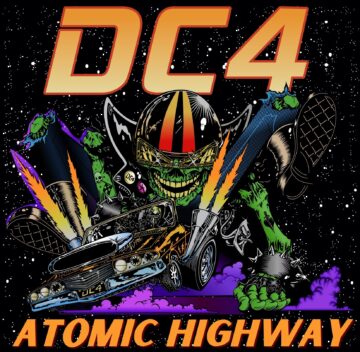 DC4 describe themselves as follows on their Facebook page: