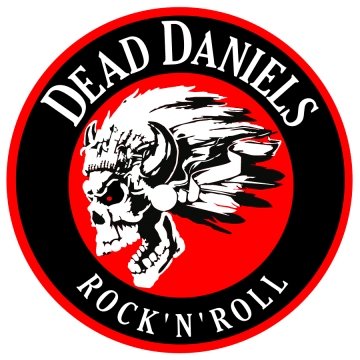 “Dead Daniels band was formed in 2009 and members are Tommy Wheeler (guitar, vocals), David Géba Gebler (bass) and Standa Šmeral (drums). In 2010, they released their first EP “Jack lives here” and opened for Australian band Black Majesty on their European mini tour. In 2013 came under the auspices of Supraphon company the official single “Show”, which also succeeded in the Naděje Radia Beat competition. In 2015, finally comes Supraphon debut album “Tomahowgh” which was produced by Milos DODO Doležal. This album has received positive reviews in the main magazines Rock&Pop, Rock&All and Spark, the common denominator of all reviews were a metaphor for the energy and style of giants AC/DC! The band with its energetic hard rock touring relentlessly both small and large events and festivals throughout the country, but also played in Switzerland, Austria, Germany and the Slovak Republic. They regularly played over 40 concerts a year.”