French rockers, Deadline, will be releasing their second studio album titled Nothing Beside Remain on April 16, 2018. 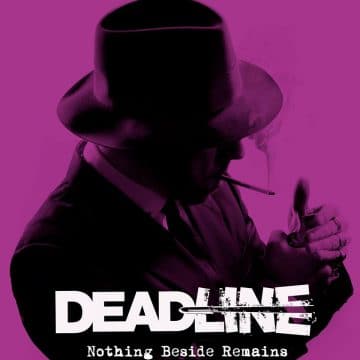 Deadline‘s “Biography” on their Facebook page states (with slight edits):

“Deadline hit the scene in 2009 in Paris, after two years of seeking out a steady line-up, ready and hard willing to knock down the listener with their blend of modern and classic hard rock anthems. Their sound is shaped by the influences of each band member – guitarist and founder Joris Beraud, guitarist Gabriel Lect, lead vocalist Arnaud Restoueix, bass player Sebastien Debbane and drummer Nicolas Ballu – ranging from the 70’s to current decade’s rock ‘n’ roll. The guitar work is inspired by the likes of Slash, Doug Aldrich and Steve Vai while the vocals are mainly influenced by bluesy hard rock singers such as Robert Plant and David Coverdale, as well as heavier rock singers like Ronnie James Dio.

In late 2010, US multi-platinum producer Beau Hill gets in touch with Deadline through their MySpace page and the band jumps the chance to collaborate with the legendary producer who has worked with world-famous bands such as Ratt, Winger, Alice Cooper, Warrant, and Europe. After releasing their first hit single “Dance With Style”, followed by a second single “Heading West” (both engineered by Beau Hill), the band takes over like a storm on several FM and internet radio shows in both Europe and the USA. 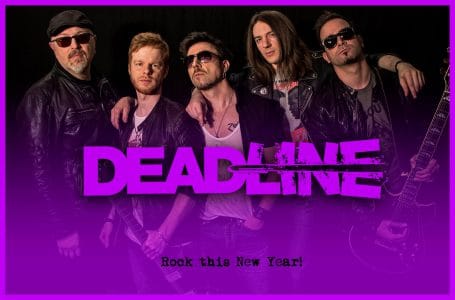 Their first EP, engineered by Beau Hill, is released in February 2012 on Sliptrick Records who has signed the band. In a few months time, the EP hits almost 15 000 plays on streaming websites.

In the summer of 2012, Fabrice Trovato (Still Square, Eric McFadden) becomes Deadline’s new drummer following the exit of Nicolas who departed to focus on his family.

By the end of 2013, the Deadliners decide to record their first full-length album with sound engineer Thierry Velly (Totem Studio), ready and willing to turn the hard rock world upside down with their powerful and sexy vibes!

Packed with hard rock anthems, « Fire Inside » is out in stores!”