Former Scorpions and UFO guitarist Michael Schenker was recently interviewed by Jim Barber for Music Life Magazine and the guitarist spoke about having to replace his long-time drummer Ted McKenna who passed away on January 19, 2019 at the age of 68 as a result of a hemorrhage during a routine operation for a hernia. 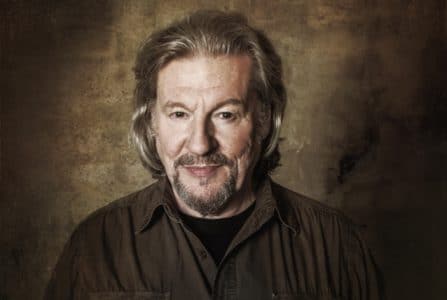 McKenna is being replaced by two drummers — Simon Phillips who is a long-time session drummer and former touring drummer for The Who, Jeff Beck and Toto and others, and who played on the first MSG record and Bodo Schopf who is another veteran session player who played on two MSG albums – 1987’s Perfect Timing and 1989’s Save Yourself.

Schenker advised: “They both worked together to figure out the parts because with the sudden death of Ted in the middle of recording and getting ready for the tour, it amped up the pressure. Both are such amazing drummers that they were able to decide who was going to do what, so Simon was putting his drum parts down on 10 songs for the album, while Bodo, Chris Glen [bass], [rhythm guitarist] Steve Mann and I were rehearsing our butts off here in Brighton for the tour. But we are ready to rock.”

Schenker added: “It was some kind of shock when Ted McKenna passed away. You never know what’s going to happen next in life, but you have to keep going and have to accept the things that happen, even though you don’t know why they happen or when they might happen. It’s a part of life, but I know that Ted is still with us, absolutely – know he is watching us.”

You can read the rest of the article / interview with Michael Schenker at Music Life Magazine.