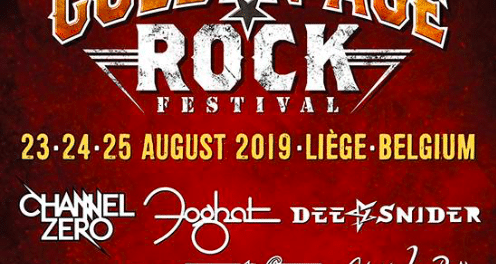 The inaugural Golden Age Rock Festival will be taking place in Liege, Belgium from August 23 to 25, 2019 and will include a number of artists / bands that have received coverage from Sleaze Roxx over the years including Twisted Sister frontman Dee Snider, Angel, Tygers of Pan Tang, Uli Jon Roth, Moxy, 220 Volt and Heavy Pettin. 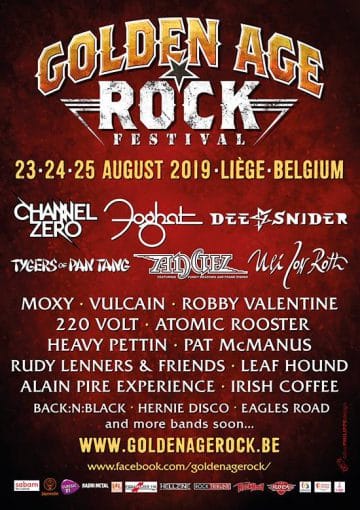 “Tempus fugit ! Time goes by at breakneck speed and nostalgia – so vividly, thank you for that – is the mother of the deepest desires.

Nostalgia? Does not it come when the present day is not being up to the promises of the past?

The elders as always cherish the sixties, golden years where it all started.

The seventies are once and for all the golden age for rock music and hard rock.

So what will I do in these screwed-up and uncertain times?

Still and always remembering the past, our past, sowing our wild oats and eventually… to set up a festival dedicated to yesterday’s rock.

This is just the project that three fans decided to start work on, in the full heat of the summer of 2018, called Golden Age Rock Festival.

–Bernard Hemblenne: seasoned concerts promoter, 30 years active, being renowned for his conscientiousness and his rigour. He’s promoting one of the oldest and biggest metal festival in French speaking Belgium: Durbuy Rock Festival.

Our goals in 10 commandments: