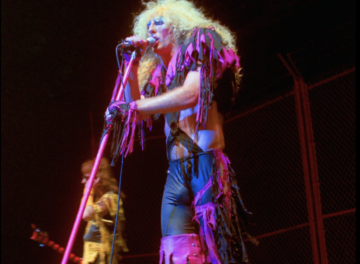 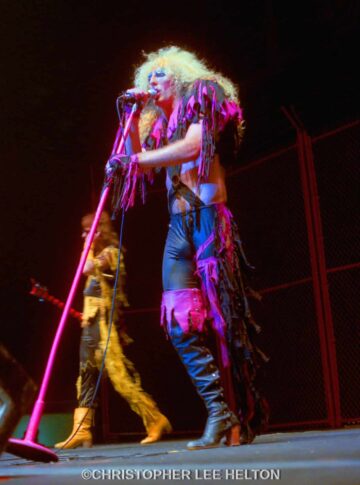 Twisted Sister‘s classic line-up of lead vocalist Dee Snider, guitarists Jay Jay French and Eddie Ojeda, bassist Mark Mendoza, and the late drummer, A.J Pero, will be inducted into the 2023 Metal Hall of Fame Charity Gala, which will be held at the Canyon Club in Agoura Hills, California, USA on January 26, 2023.

Back in April 2015, Twisted Sister announced that they were going to do one last tour titled Forty and Fuck It in 2016. Former Dream Theater and current The Winery Dogs drummer Mike Portnoy filled in on drums for Pero who passed away on March 20, 2015 at the age of 55.

Twisted Sister have not played any live shows since 2016 but it appears that this is about to change based on a tweet made by Snider via his Twitter account on January 7, 2023, which indicated:

“Looking forward to playing together for the first time since 2016…especially the rehearsal!”

In an interview with Matt Stocks for Louder published on August 23, 2016, Snider spoke about Twisted Sister‘s farewell tour.

“I feel great about closing the door on this chapter of my life. Not that I don’t like the guys, and not that I’m not proud of what Twisted Sister has done, and not that I don’t love it, but the fact that I’m physically walking off the stage and escaping in one piece – that’s what I feel great about. I’ve had multiple surgeries that have allowed me to keep performing over the years, but I never wanted to get to the point where I’m crippled. I just did an interview with Tom Araya [Slayer bassist/vocalist] and he was talking about how sad it was to be up on stage and not be able to headbang. That was how he defined himself – as a metalhead headbanging frantically. But because of the neck surgery he’s had, he told me now he just has to ‘groove’ on stage. That broke my heart, and it’s the last thing I’d want to happen to me. The way that I perform, at the level I perform, means I’ve already had to have knee, shoulder and throat surgery. It’s only a matter of time before I do something on that stage and they go, ‘We can’t fix that. You can’t do this anymore.’ That would be devastating for me. So I want to close that door.” 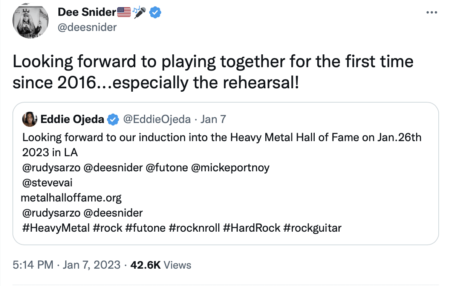