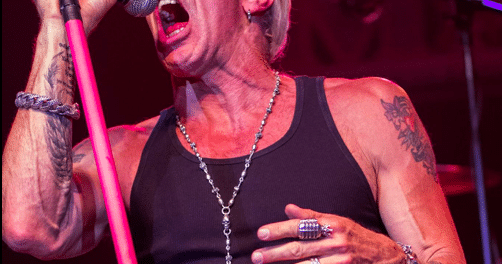 With respect to his claim that he wasn’t a nice guy in the ’80s and kind of narcissistic, Snider interjected humorously (as transcribed via Buzz Sprout with slight edits): “Excuse me. When did I ever say that I was kind of narcissistic [laughs]? I never 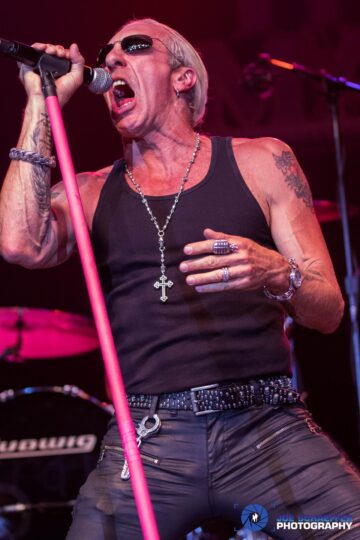 used that adjective to qualify it…. Totally narcissistic, total asshole. I was — I made people miserable. And I realize it and retrospectively, I feel terrible about it because the people who — you know — my band, my wife, my family members, I mean, people who love me the most, and were there for me the most, and I made them miserable in the ’80s. I was a dick, but I feel better now. And I’ve tried to make amends like an alcoholic. And I think I have my wife. My wife’s still with me, and forgives me. She says, ‘the encore is great’.”

In regard to his wife Suzette sticking with him despite his behaviour in the ’80s, Snider stated: “Unbelievable. I mean, I nearly fucked it up a bunch of times. And, that’s the thing that’s amazing about having a person like Suzette in your life is, you know, I met her when I was nothing. She was with me and supported, you know, costumes, makeup hair, the bone logo, I just pointed the originals on the wall over there. Yeah, all Suzette, and then I just turned into a complete asshole and made her life miserable. And we went through tough times. But somehow we made it together, then I lost everything. And I did it — just to show you, I didn’t think for a second that she will leave me. And there was never a thought in her mind. She just went back to work in a salon. She’d never worked in a salon before, but she did hair. So she said, ‘Okay, I can work and while we figure this out.’ And so she has always been there for me through thick and thin.”

Snider also stayed by his wife Suzette‘s side when he became famous to which he noted: “No, I mean, you know, and I made a handful of very wise decisions. And one was you find the one. And even though you know it precluded me from from partaking in some of the joys of rock stardom, I may have given that up. But as a result, I’ve got a 45 year relationship, a person who I trust and who’s by my side through it all. As somebody was asking me before, there was a time where I was flat broke and I said nobody’s buying what I’m selling. I’m starting over completely and I’m married with three kids, but I have created such an oasis. That as terrible as things were in my business life, I’d come home and it was just nothing but joy in a rented house with these kids and this wife, these people who loved me. So, these were wise choices. I made. Thankfully because I made some bad ones too.”

You can listen to the interview with Dee Snider on the Chuck Shute Podcast below: