Twisted Sister frontman and solo artist Dee Snider was recently interviewed by Jimmy Kay and Alan Dixon for Canada’s The Metal Voice. Snider was promoting his upcoming new solo album Leave A Scar, which will be released via Napalm Records on July 30, 2021. 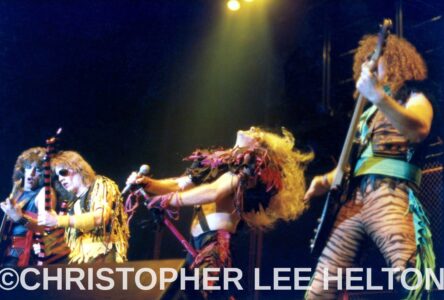 When asked whether Twisted Sister was underpaid for all the albums sold over the years, Snider indicated (with slight edits): “Twisted Sister didn’t start receiving any album sales royalties until we recorded ‘Heroes Are Hard To Find’, for the ‘Strangeland‘ soundtrack. In order to get the band to reunite the record label wiped our debt out that was 1997. The band had been broken up for 10 years, we had sold tens of millions of records and we had not gotten one royalty check.

Somebody brought it to Ahmet Ertegun‘s (founder of Atlantic Records) attention that we were still in the red all these years later and they were trying to get us together and said ‘Ahmet, would you please just wipe these guys’ accounts clean? Ahmet, we got enough from them.’ And Ahmet Ertegun probably didn’t even pay attention or know these things but he saw it and said, They paid enough, cleared the debt’ and so we have been getting royalty checks. The ones we should have gotten those big ones we never got. In 2001, Napster came out so a few years later people stopped buying records so our royalty checks are a joke. “