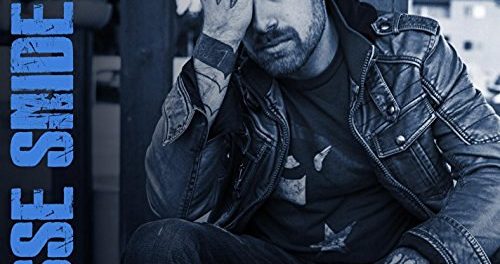 Twisted Sister frontman Dee Snider is not the only talented one putting out music in the Snider family.

“Promised Land” is track 5 from “Come With Me If You Want To Live”(Originally released on the compilation album “16” by Jesse Blaze Snider.)GET ALL 6 ALBUMS …

Jesse Snider released a lengthy message on Facebook earlier today about his journey into making his debut solo album 16: 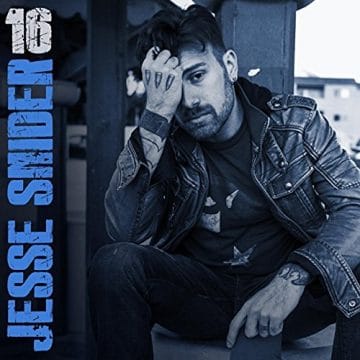 Holy rusted metal Batman! TODAY is THE day! It’s not even NOON and things are just going like some sort of rockstar fantasy!

I’m not sure I’d be here right now if not for “Promised Land”, this song lit a fire under my ass in so many ways and I thought I would tell you about it’s very unique journey onto my album.

I wrote it with my friend Freddy Scott, a brilliant song writer and producer. We got asked to write it as a song placement for a film or TV show, I can’t remember. We literally wrote and recorded the whole thing in like 6 hours or so and the next day after the session when I received it I was sort of blown away.

I hadn’t even realized how good it was OR that it was exactly what I was looking to write and record as a solo artist. Something blues inspired that showed off my vocal range, with high vocals and super low vocals. More than that it had soul.

I wasn’t trying to write something so personal, but it seems I can’t ever help myself. Listening back to it, I realized that it was about my relatively recent spiritual awakening, for lack of a better term.

Maybe a year earlier I had tried psychedelic mushrooms for the first time. My inspiration was Steve Jobs who claimed he would never have invented Apple computers if not for LSD.

After years of reading very positive things about psychedelics and then learning that stronger ones were being used to help people kick addiction, I went into the experience with minor trepidation and set out to have the most responsible drug experience of all time.

When the mushrooms kicked in, it was like a switch was flipped. I went from OFF to ON in a moment.

I was flooded with GRATITUDE and the realization that I had not been living a grateful life. That I had looked at my life as a scar that had been inflicted on me and decided in that moment I would NEVER look at my life that way again. I got “THANK YOU” tattooed on my wrist to always remind me of the feeling and I don’t think I ever will forget.

I had a lot of major realizations that day, the mushrooms connected me to the energy of the planet that we are all connected to, I’ve never felt so small and at the same time, never felt so big. I have been a different person since the experience. Sort of born again, but not to preach, to use my gift the way I have always tried to use it, to help people. I never felt quite big enough to make an impact, but during that experience I saw how relative it all was.

Yes, everything is so small in the scheme of things, but because we are all equally small, that meant we were all relative to each other and therefore EQUALLY BIG as those who we think of that way. I realized that I was waiting for society to validate me, instead of barreling guns blazing knowing that I deserved validation just as much as anybody else. It completely changed my life.
I was a good song writer before, I would begin to become a great song writer over the weeks and months to follow.

I’m still on that journey, getting better and better every day, with every new song and I have been writing HUNDREDS.

But “PROMISED LAND” that was the first step. I wrote a song without thinking about it too hard and when I heard it the next day it turned out to be EVERYTHING I was looking for.

Many of the songs on “16” were written before this time and they are all pretty good, but all the ones written since “Promised Land” have been truly effortless.

I sent “Promised Land” over to my friends at ESPN and it was immediately snapped up for NFL Monday Night Football alongside new music from National Acts like Papa Roach and AC/DC!

It happened so FAST in fact, within a few weeks, that I wasn’t ready to support it and literally at the time it began playing, I hadn’t even release it yet! There was literally no information about the song available ANYWHERE online, except for ESPN’s website, which credited ME as the artist.

The next day we received an email from SHAZAM! You know, the music app that let’s you record a portion of a song off TV and will give you ALL of the info about the song? Well…there was no info about the song anywhere and Shazam had so many people using their app to try and figure out who it was that they had to reach out to me directly to get all the pertinent information. Apparently, this doesn’t happen often.

At the end of last year when I lost my toy collection to a garage fire I decide to change the way I had been operating for the past 6 years, to transition from drippy faucet to overflowing sink. I decide the only way for me to break out as a rockstar was to overwhelm the system with all I could do. And guess what? It’s working.

A steady stream of single releases earlier in the year caught the attention of many of my creative friends. They’ve all been actively trying to help me break out, but my friend the Oscar nominated director of “15 Minutes”, Mr. John Herzfeld was the first to BEG me to make a music video for “Promised Land”, following that with, “I’d do it for FREE.”

Well, he didn’t have to tell me twice.

I am not a trust fund kid as many assume, since I was old enough to work I have been working and more than that working for my DREAMS. The later of those two tends not to pay the bills as well as an artist might like, especially these days as the money to be made has lessened and all the financial burden has been placed on the artists.

You see a record deal is really just a LOAN from a company that theoretically has connections in the business to help you make the money back and hopefully earn some more on top of that. Label deals of the past have been classically terrible for many a huge artist and they have only gotten WORSE.

Instead of taking loans from labels I have chosen to pursue success in the voice over field, so that I could afford to produce my own music the way I wanted to. Needless to say, this last year or two has been a money pit, as I paid for everything I needed in order to advance my career and break out of my comfort zone.

Earlier in the year while watching the Twisted F**king Sister documentary on Netflix I noticed how it wasn’t until my father and the band had put everything on the line that they finally made it and despite being terrified that I might not be able to provide for my family AND make my art I have continued on, full speed ahead. For me, but also for them, to show them that hard work ALWAYS pays off if you NEVER give up.

I could not afford to produce a music video myself, I was spread too thin, but when John offered to direct one for FREE I thought, there has to be a way to make this happen!

I reached out to all my friends and told them I was doing a video and was desperate to borrow any equipment that I could or any cool location I could shoot at.

My friends came through BIG TIME.

Jamie Brown had simply heard me on a podcast and liked my energy and offered up his cameras from his movie that had just wrapped filming, Friends Don’t Let Friends. It’s a sick horror film, check it out.

Friend after friend came on board to play my band, be extras and help with the video in absolutely every way they could.

In two days we shot our music video for almost nothing. I did it…with A LOT of help from my friends.

It was difficult for me to ask so many people to put themselves out to help me, but no one was put out, everyone was wonderful. Just thinking about it right now brought tears to my eyes. You want a humbling experience, allow your friends to lift you up.

I couldn’t have accepted help like this a year ago and I’m so grateful that I smartened up enough to change my “do it myself ways” because I could not have done this without all my incredible friends.

TODAY that video finally sees the light of day, but NOT before “Promised Land” earned me one more badge of honor.

This morning I went on 955KLOS for their 14 year running “Stay or Go” segment on The Heidi and Frank Show. Basically, they bring on an unsigned act and play one of their songs and the DJs and audience listen and decide TRUTHFULLY whether or not a person should STAY the course and keep pursuing music, or if they should “GO” find something else to do.

PROMISED LAND was a UNANIMOUS “STAY”!!

Not only that, but the The Nelson Brothers were guesting on the show promoting a concert appearance tonight and they participated in the critique and absolutely LOVED BOTH of my songs!

I’m not sure I’ve ever been happier.

This is all I’ve ever wanted. To make music that people adore the way I adore the music of ALL of my idols.

Music has always been my happy escape from everything. Through the toughest moments of my life music was always there for me and my only wish is to return the kindness. To give back to the world what I have been given by all the amazing artists who inspired me to keep going in the first place.

My father. The Offspring. Marilyn Manson. AC/DC. Queen. The Ramones. The Beatles. The Blues Brothers. I love music. I always have. You gotta do what you love, right?

Because of ALL of that and all of YOU, I WILL leave this world BETTER than I found it.

Week Three on Rock the Cradle. Sing your famous parents’s big song and Jesse goes for ‘We’re Not Gonna Take It’ by daddy Dee Snider. This marks his second we…