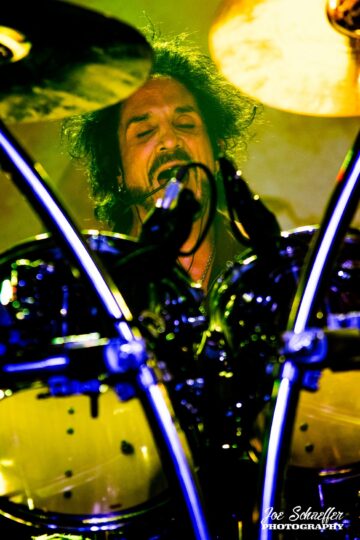 Great news for fans of Revolution Saints and Gioeli/Castronovo as drummer Deen Castronovo (The Dead Daisies, Hardline, Ozzy Osbourne, Journey) has announced that new albums are coming via Frontiers Music Srl from each group.

I am so happy to announce that Frontiers and I have made amends, and are moving forward with some amazing new albums like Gioeli/Castronovo, Revolution Saints and more!! I couldn’t be happier and more grateful for this renewal of our relationship. Serafino supported his belief in me not only as a drummer, but as a lead singer many years ago. Revolution Saints gives me that platform, and I’m excited to share my voice with the world. Stay tuned for updates and more exciting news as we bring all of this to new life.”

Revolution Saints‘ “I Wouldn’t Change A Thing” video (from Light in The Dark album):

Gioeli – Castronovo‘s “Who Am I” video (from Set The World On Fire album):