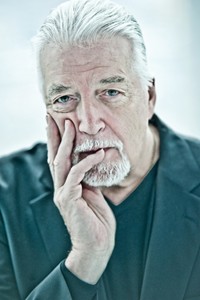 Lord suffered a fatal pulmonary embolism at a London clinic on Monday, according to a statement on his official website.

He died “surrounded by his loving family.”

Lord had been receiving treatment for pancreatic cancer. In August 2011, he wrote to fans about his illness, saying he would take a break from performing “while getting the treatment and cure.” He added however that he would “of course be continuing to write music — in my world it just has to be part of the therapy — and I fully expect to be back in good shape next year.”

Earlier in July, Lord cancelled a performance of his Durham Concerto in Germany. A message on his website assured fans that it was “not a matter for concern, but it is a continuation of his regular treatment that has just taken longer than anticipated.”

The keyboardist and composer co-wrote some of Deep Purple’s best known songs, including Smoke on the Water, Black Night, Strange Kind of Woman and Child in Time.

Born in Leicester, England in 1941, Lord started piano and classical music lessons at an early age. He also became inspired by other genres, playing blues and jazz for pub gigs as a young man while studying drama in London.

Lord joined with Ian Paice, Rod Evans, Nick Simper and Richie Blackmore to form Deep Purple in 1968. He helped the group become pioneers of the progressive rock movement with his Hammond organ-playing and his valuable contributions as a songwriter and composer.

Though the group split in 1976, it later reformed. Lord remained through the various membership changes over time, though he ultimately retired from the band in 2002.

Over the years — before, during and after his time with Deep Purple — he played with other bands, including Flower Pot Men, Whitesnake and Paice, Ashton & Lord. He also found success as a solo artist and was noted for his musical collaborations with orchestras and symphonies.

Lord is survived by his wife, Vickie, and daughters from a previous marriage.