How long does it take for a successful band to hit it big financially? 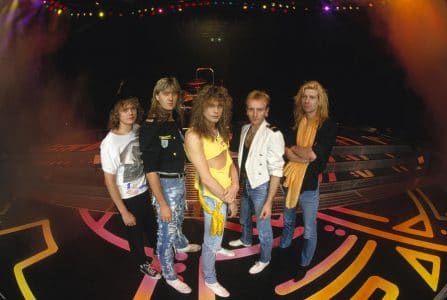 Def Leppard frontman Joe Elliott was recently interviewed by This Is Money and was asked if he ever paid silly money. Elliott replied: “No. Once the band became successful, there was a lot of money going through the system. It was never like winning the lottery though. It was fair and reasonable for what we, as a band, put in.

We did not see a great deal of money until the autumn of 1983 when we got a cheque for the Pyromania album and tour. By then, even though we had sold six million records, we had a seven-year debt with the record label to clear.

Of course, when we did get that cheque, it was the biggest I had ever seen. I cannot remember exactly how much it was for but it was more than £20,000 – the equivalent of £65,000 today. But because of our debts, we did not see any real money until 1988 when Hysteria shifted 12 million copies worldwide.”

In terms of struggling to make ends meet, Elliott recalled: “Of course. In 1978, we were all living with our parents, working during the day for £10 or £15 a week, and gigging at night. We had to buy guitars on credit and ‘borrow’ things. Sometimes, at the end of a long day, we would buy one pint and sip from four straws so we could afford the bus fare home.”

You can read the rest of the interview with Joe Elliott at This Is Money.