Def Leppard release Part One of mini-documentary ‘Step Inside: Hysteria at 30’ 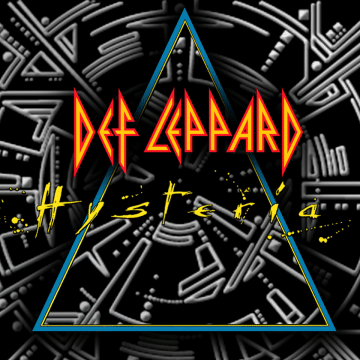 In anticipation of the release of various 30th year anniversary editions of their blockbuster album Hysteria on August 4, 2017, Def Leppard have released Part One of a mini-documentary entitled Step Inside: Hysteria At 30.

Sleaze Roxx stated the following in its review of Viva Hysteria: Live At The Joint, Las Vegas: “I have always had a love/hate relationship with Def Leppard. I love the British band’s High ‘N’ Dry and Pyromania albums but Hysteria was a huge shock to my system when it came out in 1987 and it took me a long time to fully appreciate that album. If it wasn’t for the song “Pour Some Sugar On Me”, I doubt that I would have ever really got into that album. I have hated, to some extent, just about everything that Def Leppard has put out since Hysteria — aside from a few songs here and there — as the group has really become a pop-rock band rather than the hard rockers they once were.

Even though I surprisingly consider the show that I saw from Def Leppard‘s ‘Hysteria Tour’ as one of the top concerts that I have ever seen (perhaps a future Retro Concert Review should be in the works), I have routinely looked down upon the Hysteria album and anything after that, and never saw the band in concert again. The few Def Leppard CDs that I have bought since that concert I attended back in 1988 — namely Adrenalize, Yeah! and Mirrorball — have been, for the most part, disappointing.”

Def Leppard‘s Part One of Step Inside: Hysteria At 30 mini-documentary: