Multi-platinum selling hard rockers, Def Leppard, have released a video via Ultimate Classic Rock for their ballad “We Belong” from their latest self-titled studio album, which was released back on October 30, 2015.

spoke to Def Leppard‘s frontman Joe Elliott about “We Belong” and reported:

Recorded for the group’s 2015 Def Leppard LP, “We Belong” was written by singer Joe Elliott, but he shares the vocal spotlight on the song; in fact, each member of the band takes turns adding lead vocals.

As Elliott told Billboard last year, drummer Rick Allen took a little wearing down. “He can sing; he chooses not to,” explained Elliott. “But this time we told him, ‘Okay, it’s time for you to sing,’ ’cause we’d each done a verse and it was down to him to sing as well. He didn’t need much convincing; it was like, ‘We’re all doing this, so you got to do this as well.’”

Now, Elliott tells Ultimate Classic Rock, “We Belong” has acquired a place of honor for him among the songs on the new album — and the promotional clips they’ve filmed for them. “My favorite of the new song videos so far,” says Elliott. “Where we get to show what we’re all about, everyone singing, one for all, all for one, truly a band in unity.” 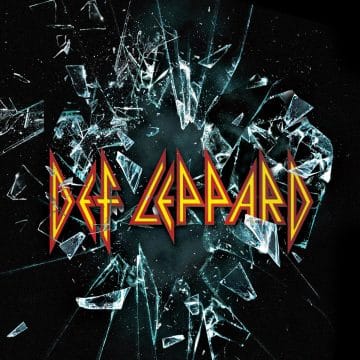 Sleaze Roxx stated the following in its review of Def Leppard‘s last studio album including the song “We Belong”: “Def Leppard‘s latest album is a bit hit or miss for me, mainly because there are quite a few slower songs on the album. Tracks like “We Belong,” “Invincible” and “Energized” (the latter which has the opposite effect on me) are alright but just too poppy for my taste. But overall, the album is an enjoyable listen as long as you are not expecting many full out rockers and enjoy pop rock, which is what Def Leppard have really become over the years. What Def Leppard deliver with their self-titled record is an album filled with melody and catchy songs similar to Hysteria with a little bit less experimentation than the latter and more straightforward rock at times.”

Of note, Def Leppard was voted the #1 album on the Sleaze Roxx Readers’ Top 20 Albums of 2015. Sleaze Roxx stated as follows in that regard: “Def Leppard‘s new self-titled album will most likely never sell even two tenths of the copies that Pyromania or Hysteria sold back in the ’80s but there is no doubt that the British rockers’ newest album resonated strongly with Sleaze Roxx readers to take the top spot on the Readers’ Top 20 Albums for 2015. I had received a small hint that this might occur earlier in the year but didn’t think anything of it when Sleaze Roxx’s review of the Def Leppard album received the most views out of any Sleaze Roxx album review in the latter half of the year. While a lot of the reviews for Def Leppard have been mixed including the one from Sleaze Roxx, there was certainly enough good to great songs for the album to nudge ahead and claim the coveted top spot for the year. The Sleaze Roxx readers have spoken — enough said!”