How many bands with two Diamond certified albums in the USA under their belt would be opening for another group? 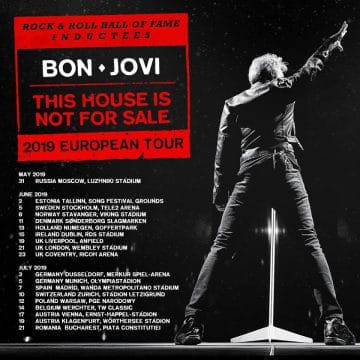 Apparently, this will be happening during Bon Jovi‘s European leg of their This House Is Not For Sale Tour as the mighty Def Leppard will be opening for Bon Jovi on select tour dates. Def Leppard achieved Diamond level certification in the USA with their albums Pyromania (1983) and Hysteria (1987). Interestingly, Bon Jovi “only” achieved one Diamond level certified album in the USA with Slippery When Wet (1986) but do have nine albums reaching Platinum in the USA compared to five for Def Leppard.