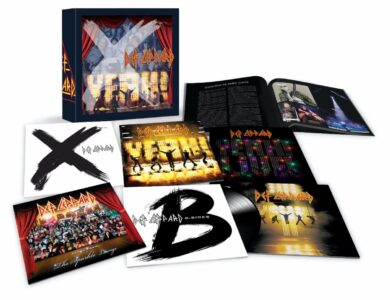 This set marks the third of four volumes of the band’s complete recorded output in both 180gm vinyl and limited-edition CD box sets. They contain all the recordings from the band in the 2000’s and features the original packaging on both formats. To date, X, Yeah! and Songs From The Sparkle Lounge have never been available on vinyl before.

The albums were mastered by Ronan McHugh and Joe Elliott at Joe’s Garage with assistance from Andy Pearce and cut by Greg Moore. Housed in rigid boxes, the sets also contain a hard-backed book with rare photos by Ross Halfin and notes by Classic Rock Magazine’s Paul Elliott. Band members: Joe Elliott, Rick Savage, Rick Allen and Phil Collen have also contributed to the set.

Def Leppard – Volume Three features 2002’s X, which was the groups sixth consecutive Top 20 record on the Billboard 200 chart and features songs such as “Now,” “Four Letter Word” and “Long Long Way to Go”, 2006’s Yeah!, the band’s first covers album featuring a collection of the groups favorite tracks re-recorded with the iconic Leppard sound, this is the first time this album will be available on vinyl. Also Def Leppard’s tenth studio album Songs From The Sparkle Lounge, released in 2008, the record marked the band’s return to their signature sound and hitting the Top 10 both sides of the Atlantic, the album included the hit single “Nine Lives” which featured Grammy® Award winning country legend Tim McGraw.

Also included are B-Sides, Yeah! Studio Covers and Yeah! Live.  These albums have specially been compiled by Joe Elliott for this limited-edition release. B-Sides contains a rare compilation of B-sides that have never appeared on vinyl before. Yeah! Studio Covers includes some never before released on vinyl covers, Yeah! bonus disc exclusive release tracks and a compilation of the various covers recorded by the band over their career. Yeah! Live is a compilation of live recordings of covers by the band which include both tracks from 2006’s Yeah!, as well as previously unreleased live tracks from the past 30 years. 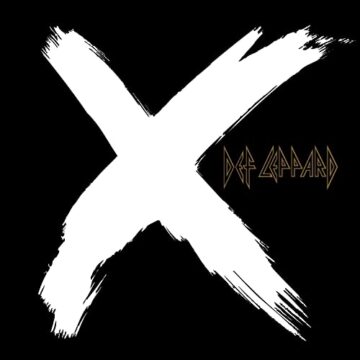 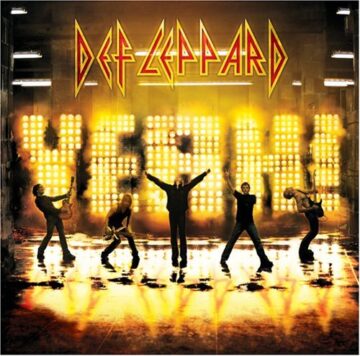 Songs From The Sparkle Lounge
01. Go 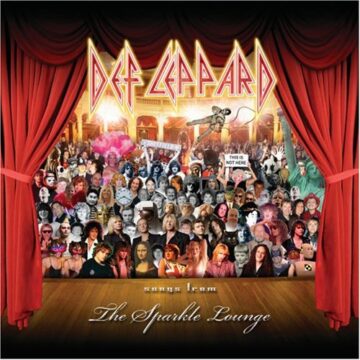 With more than 100 million albums sold worldwide, two prestigious Diamond Awards in the U.S., 2019 Rock & Roll Hall of Fame® inductees, Def Leppard – Joe Elliott (vocals), Phil Collen (guitar), Rick “Sav” Savage (bass), Vivian Campbell (guitar) and Rick Allen (drums) — continue to be one of the most important forces in rock music. Over the course of its career, the band has produced a series of classic ground-breaking albums that set the bar for generations of music fans and artists alike. The group’s spectacular live shows and arsenal of hits have become synonymous with their name, leading Def Leppard to be heralded as an institution in both the music and touring industry. Def Leppard’s influential career includes numerous hit singles and ground-breaking multi-platinum albums—including two of the best-selling albums of all time, Pyromania and Hysteria, capturing the group’s legendary tracks, bringing together classic Leppard hits such as “Rock of Ages,” “Pour Some Sugar On Me” and “Foolin.”

The band’s 2015 self-titled studio album debuted at No. 1 on Billboard’s Top Rock Albums and Top Independent Albums charts. The album also took the No. 5 spot on Billboard’s Top Current Albums and No. 10 spot on the Top 200, as well as claiming 15 top 10 debuts around the world.  For the first time, in January 2018, Def Leppard debuted their full recording catalog worldwide via streaming and download platforms. As they did with the original release of their records, Def Leppard dominated the worldwide charts again.  Chart stats saw their albums charting in the iTunes Top 10 in more than 30 countries, including Hysteria at No. 3 in the U.S., and No. 5 in the U.K.  Def Leppard had the No. 1, No. 2 and No. 3 records on the U.S. catalog albums chart.”