Multi-platinum album selling rockers, Def Leppard, will be releasing a new DVD/2CDs entitled And There Will Be A Next Time… Live In Detroit. 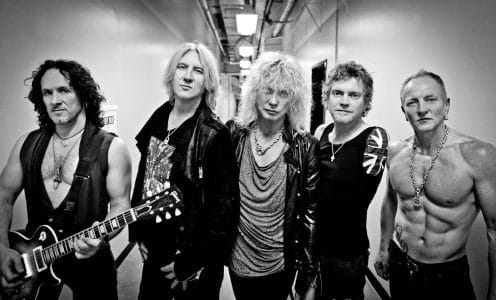 Def Leppard filmed this incredible performance earlier this year in Detroit, MI. Now, we’d like to invite you into the experience of what it takes to put on a Def Leppard concert. By pre-ordering the DVD you will have access to watch exclusive band and crew interviews.

Filmed at the DTE Energy Music Theatre in Clarkston, MI, And There Will Be A Next Time – Live From Detroit is an incredible showcase that captures the electrifying energy and power of Def Leppard live today.

Said front man Joe Elliott: “I had this idea that we should film one of the shows from the 2016 tour because apart from the ‘Viva Hysteria’ shows, we hadn’t actually had a live performance filmed since 1988. With a new album out that was being so well received, it was just a case of where to do it. From the second the house lights went down, we could see the sun setting from the stage, and the energy from the crowd just seemed to intensify. It was a good choice and a great way to document Def Leppard in 2016.” 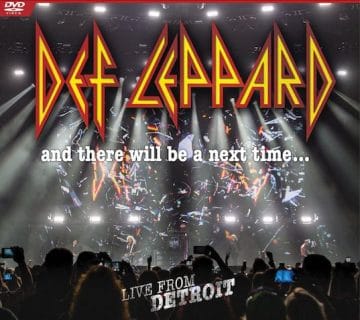