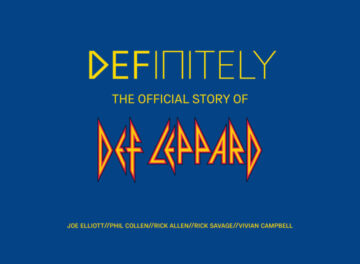 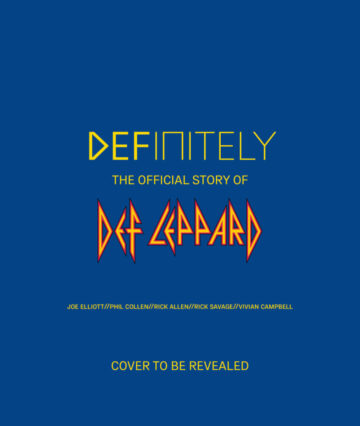 “‘We had balls – and we were naive, in a good way. We just went out there, full throttle…’

Offering fans the most personal and comprehensive record of Def Leppard’s history to date, Definitely: The Story of Def Leppard is narrated by the band in their own words, alongside a wealth of memorabilia from the Def Leppard vault and individual band members’ private archives.

Despite an average age of only 18, Def Leppard burst onto the hard rock scene in 1980 like a group of seasoned veterans. Thinking big from the very start, the blueprint for their music was, as singer Joe Elliott states, “AC/DC meets Queen”. Def Leppard’s story is one of stratospheric highs and crashing lows, of triumph over adversity. While becoming one of the world’s best-selling music artists with blockbuster albums Pyromania and Hysteria, the band overcame drummer Rick Allen’s accident, where he lost an arm, and the death of bandmate Steve Clark. But despite tragedy plaguing the group during its 45-year history, Def Leppard never thought about quitting, and continued to write and record, finding success with every release and tour.

With brand new text derived from several in-depth interviews with members of the band, as well as archive text from past members, Definitely chronicles Def Leppard’s incredible story, from their humble beginnings rehearsing in a spoon factory in Sheffield, to recording ground-breaking multi-platinum albums and touring sell-out stadiums around the world.

‘In the summer of 1988 we shifted 4 million copies of Hysteria in the US alone. We were outselling U2, Michael Jackson, Guns ’n’ Roses… For about six weeks we were the biggest band in the world.’