Blabbermouth has reported that Def Leppard‘s debut EP will be released as a 12 inch vinyl on Record Store Day on April 22, 2017. 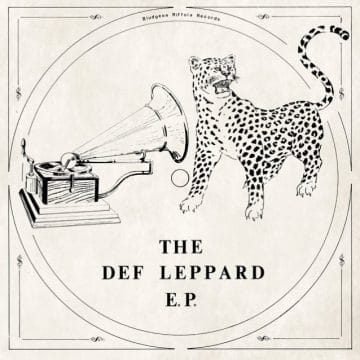 The following is an excerpt from the Blabbermouth article posted earlier today:

“UMC/Mercury will release of “The Def Leppard EP” in conjunction with Record Store Day 2017. This release marks the start of a series of catalogue releases over the next few years for DEF LEPPARD.

April 22 will see DEF LEPPARD release their original first EP with replica art and picture cover. This is a 12-inch version of the EP playing at 45rpm — a one-off special for Record Store day and the first time it will be available in that format. The release is fully supported by the band.

Track listing is as follows:

The EP was originally recorded in November 1978 at Fairview Studios in Hull and produced by the band. Released in January 1979 through the band’s own Bludgeon Riffola label, this was the EP that launched one of the most successful and critically acclaimed rock bands of all time.”