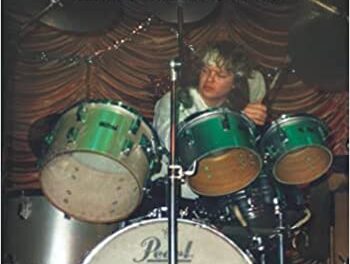 Many people may not know that Def Leppard‘s first drummer was not long-time band member Rick Allen but a person by the name of Tony Kenning. The latter recently released a book titled My Time with Def Leppard and Other Bands. Kenning was also recently interviewed by Andrew DiCecco for Vinyl Writer Music. 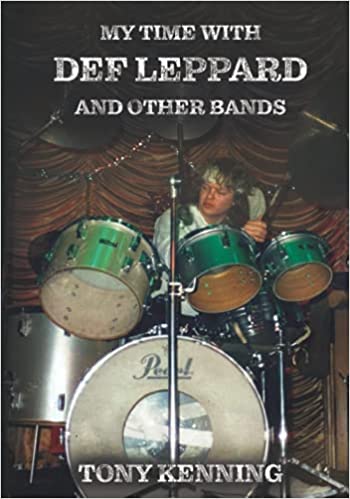 Def Leppard started off as the group Atomic Mass in 1977 with a line-up of Kenning on drums, Pete Willis on guitar, Rik Savage on bass and Joe Elliott on lead vocals. In terms of who came up with the name Def Leppard and what inspired it, Kenning indicated: “Joe used to make posters up for bands whilst at school and started making up band names and then making posters for them. He suggested the name “Deaf Leopard,” and brought a poster to rehearsal with him. We thought the name was pretty cool and later I suggested changing the spelling to “Def Leppard,” which remains to this day. You would have to ask Joe what inspired the name, I have no idea.”

With respect to what prompted him to tweak the spelling of the band name, Kenning stated: “It’s a bit hazy after all these years, probably down at the rehearsal room. I used to mess about drawing logos for the band and just decided that “Def Leppard” looked better.”

In regard to his book My Time with Def Leppard and Other Bands, Kenning noted: “I remember Joe saying that Def Leppard would be inducted into the Rock ‘N’ Roll Hall of Fame and that all the previous members of the band from 1977 would be included. So, I was a little disappointed when I was left out. Also, some encyclopedia-type websites had lots of incorrect details, and some have just airbrushed me out of history altogether. So, I guess I just wanted to put my side of the story forward, and I suppose leave something for my kids to read and remember me by. It also details what I did after I departed from Def Leppard. I wasn’t sure how the book would be greeted but it’s had some really nice reviews so far.”

You can read the rest of the interview with Tony Kenning at Vinyl Writer Music‘s website.