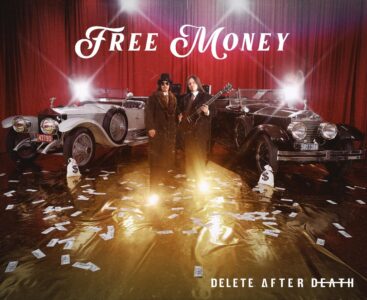 In an age where the most innocuous of things can send the world into panic and bring countries to a standstill you can always rely on the age-old and proven currency of cash.

Delete After Death deftly pose this question with their debut single “Free Money” a scathing indictment of the one commodity that makes the world go round.

Cleverly utilising black and white photography amid washes of vibrant colours, Delete After Death use the film clip to justify the relative absurdity of the lyrics. Absurd because they are true!

Vocalist Seann Nicols revels in the tongue in cheek nature of “Free Money,” posing in various stages of opulence which is in stark contrast to the deliberate black and white footage which not only harks back to an era gone by, but also adds a sense of bleakness and hopeless- ness to a commodity that is the unfortunate backbone of human existence.

Taking aim at other artists and public identities in a verbal assault on the masses, “Free Money” is an up tempo, hard rocking number that demands repeat listens.

Even Gene Simmons gets a nod when… well you will just have to watch the film clip yourself to find out.

Guitarist Doug Weiand lets loose with some gut wrenching solos while perched on a rockface overlooking the sea, shredding menacingly while Nicols smokes nonchalantly from a pipe in the background, further emphasising the maniacal nature of the almighty dollar.

“Free Money” is the perfect vessel to introduce Delete After Death to the world and comes at a time where music is emerging as the saviour of mankind.

This is just the beginning…

About Delete After Death

“Free Money” is the debut single from LA based Delete After Death, the brainchild of vocalist Seann Nicols and guitarist Doug Weiand, released on Nerve Strike Records.

“Free Money” is the focus track with a full-feature music video. Two additional singles with music videos, “Lost Inside” and “Stand Down,” are both scheduled for official release in the coming months, with a full-length album to follow in 2021. 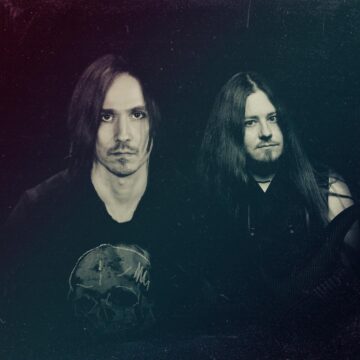 Seann is no stranger to success as the lead singer for several successful headline acts including Westfield Massacre, Adler’s Appetite and of course the legendary Quiet Riot and Ratt.

Doug Weiand is a composer and a guitar player with an extraordinary repertoire. An artist influenced mostly by heavy metal and rock yet with the sensibilities and experience in jazz, classical and rock fusion. Doug also plays with LA bandz,The Chimpz, whose music has featured on the hit TV show “Sons of Anarchy.”

The pairing of Nicols and Weiand is highlighting a new explosive force in the rock genre.

“Free Money is a satirical, yet scary look at the world we live in today. With this killer new track, Delete After Death cuts through all the headlines and gets down to the deeper, darker truth – it’s all about the money.” Chris Akin – The CMS Podcast Network“