Dellacoma featuring frontman Dellacoma Rio have released a video for their song “Vampires (A Cautionary Tale).”

The track appears on Dellacoma‘s limited edition EP Gratitude, which was released earlier this year and it will also be included on the band’s upcoming second studio album. 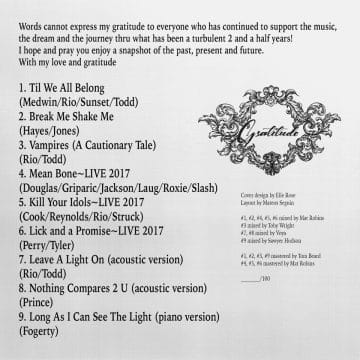 “Our VERY limited “Gratitude” EP has finally arrived. This disc is NOT for public sale, watch the video and head over to the Dellacoma fanclub group for details on how to get your hands on a copy”