Dellacoma frontman Dellacoma Rio will be forging ahead with his band’s sophomore album Blood despite his Kickstarter fund-raising campaign not reaching its goal of $8,964.00 to help fund the record.

In other news, Dellacoma Rio will be performing a live stream acoustic concert later today with details as per the singer’s post on his band’s Facebook page (with slight edits): 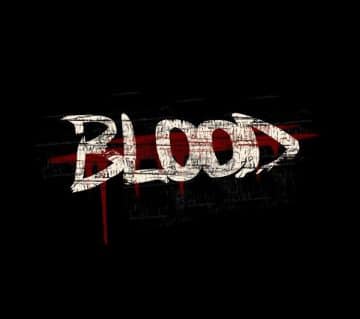 Direct from the fanclub page (link)

I’ll be playing 4-5 songs from the new album in their stripped back form (including a brand new song!) As well giving a love update on the new album??

Much love and hope to see you there??❤️

“A personal note to all those who pre-ordered the new album via Kickstarter.

First off thank you so much for your support especially in a time of so much financial uncertainty it means the world to me that you would pledge your own funds to get this album finished! This has been a long and at times difficult process to get this album together and I am truly humbled that so many of you from around the world want to see it happen and want to be involved in making it happen.

Unfortunately we have not managed to hit the target I need to make this current project go ahead. I decided to use Kickstarter for this album as it is “all or nothing” which means if the goal is not achieved then ALL money is refunded to the financial backers. I chose “all or nothing” because especially in this time with funds being more limited on my end I didn’t want to end up with a model that I could not support and to have sold rewards that I could not afford to deliver on.

With all that in mind, I am not someone who gives up easily as many of you know. This album will still go ahead. Upon the termination of this Kickstarter project your refunds will be issued directly from Kickstarter (please let me know if you have any issues here so I can follow up). I have had private conversations with all those associated with writing, playing on, mixing and mastering this album and we will continue with our timeline for completion. They all believe in this project and believe that now is still the time to finish the album. We are all committed to this project and will be looking to complete production by June 2020 with pre-order release in August 2020 and official release December 2020.

To this end I am currently setting up a pre-order option on my online merchstore (via my website) with 2 options for purchase (digital and CD) I still plan on producing a vinyl version as it has always been a dream of mine and something that I believe very strongly in, however at this stage financially it is a large outlay and release I will revisit towards the end of the year as things (hopefully) become a big clearer globally.

If you are unsure of anything please message me directly either on social media (Dellacoma) or via email dellacoma@gmail.com.

This album will be a landmark record for me in many ways and a work that I have put my heart and soul into. I am so grateful for your patience, your support, your excitement and your belief. I am truly blessed to be able to share music with you all and humbled that you connect with what I do.