Demon Doll Records have uncovered and re-released a ’90s gem in the form of Nations‘ Game Of Price album, which was first released back in 1993 and featured Kevin Mark on vocals, Miles Watanabe on guitar, Kyle Stalkher on bass and Rick Deptula on drums. 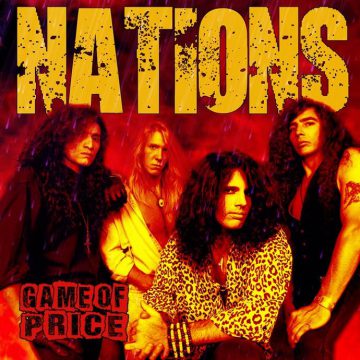 “Nations have teamed up with Demon Doll & Electric A Go Go Records to unleash the sonic fury of ‘Game Of Price‘. Brimming with tracks that will get your blood pumping and your heart rate up, Nations deliver a sound similar to Love/Hate with their gritty high pitched vocals and slammin’ rhythm section.

The opening track “As The Ball Rolls” sets the tone of the record with its heavy grooves and sprawling guitar lines. The album really kicks into gear with the infectious numbers “LA Gear”, “To Find A Woman” and “What She Said”

Overall, the band hammers out their craft on the heavier side, but the vocals at times have a Mark Slaughter/ Jizzy Pearl feel to them which brings this raucous album into the pop metal realm with literal ease.

Loaded with 10 tracks that are fully restored and remastered as well as packaged in an eight page booklet with a full set of lyrics, this is great find for any fans and collectors of hard to find and rare metal. It’s a solid blast of rock that should keep you head banging’ for days on end!! 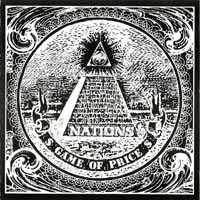 You can purchase Nations‘ Game Of Price album directly from Demon Doll Records.