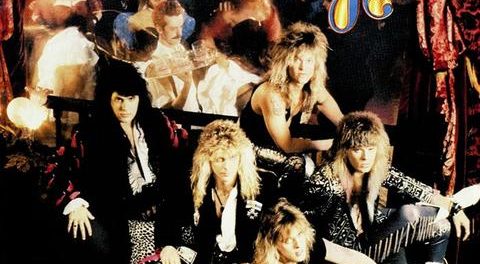 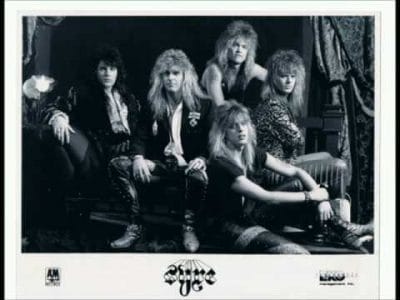 states the following with respect to Syre (with slight edits):

“Syre is a Canadian rock band formed in 1986. The songs “Never Said Goodbye” and “Say Hi To My Girlfriend” charted in Canada as well as Europe.

Syre was managed by WSMI (William Seip Management (Helix)), in particular Eric Guillespe. Syre had a large live following in most Canadian and some U.S cities and could boast of attendance records in many Canadian clubs.

In 1991, Syre released “It Ain’t Pretty Being Easy” on A&M Records (Red Light Records U.S) followed in 1998 by “Pissed To The Gills.”. The band still maintains its original lineup and does mostly live shows for charities.” 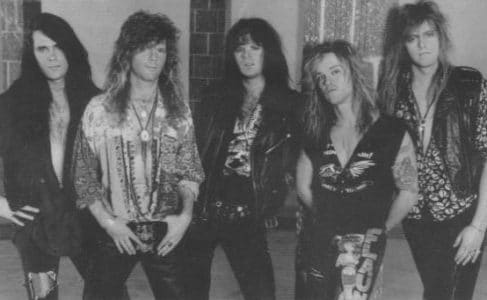 “Who is ready for a serious dose of authentic infectious 80’s Rock?

I know we are!! So let’s get the party started!

Demon Doll Records and Metal Legacy Records have teamed up with powerhouse 80’s Rock masters SYRE to reload and reissue their lethal debut album “It Ain’t Pretty Being Easy“. To say these guys were good, would be putting mildly. From the opening riffs of “Flaunt It” to the mind altering melodies of “Never Looked Back”, the boys deliver layer upon layer of nothing but pure Hair Metal magic, Dominating the European and Canadian charts with their hit singles “Say Hi To My Girlfriend” and “Never Said Goodbye”, there is no wonder why they still hold club attendance records across Canada.

The band toured relentlessly playing over 250 shows a year on a consistent basis and the fans reveled in every minute of it. SYRE always made it a point to involve the fans in every live show they played. Often wading through the crowd during performances and more often than not inviting the entire audience to the nightly after show festivities for a night cap.

The stories of SYRE and their debauchery back stage shall live on forever and now with the official 2016 reissue of this amazing 80’s Rock masterpiece, the music gets a digitally remastered release and comes packaged in an 8 page booklet with a full set of lyrics. 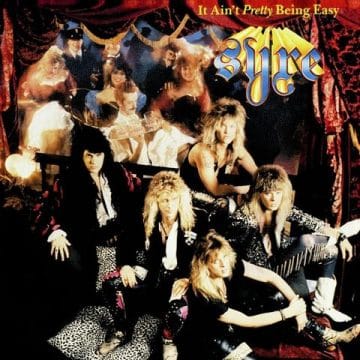 Syre‘s “In Your Eyes” video:

Syre In Your Eyes

Here’s another difficult to find video that I remastered from a high quality uncompressed MPEG-2 source thanks to a good friend of mine.Note: If you have the…