Most people know Michael Starr aka Ralph Saenz due to his current tenure as the frontman for glam metal group Steel Panther but the singer also played in many other bands including a Van Halen tribute band Atomic Punks, L.A. Guns for a short stint and Long Gone. 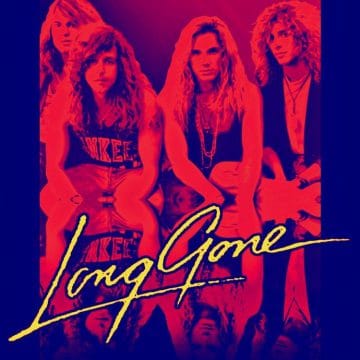 “Long Gone featuring legendary front man Ralph Saenz has come home to Demon Doll & Metal Legacy Records to finally release their long awaited 6 song EP and we could not be happier to bring this amazing rock album to the masses.

For those of you who may not know who Ralph is, I highly suggest you look him up and you will see what we mean by legendary!

Demon Doll CEO Lance V. reveals “I’ve been a fan of Ralph’s work dating back to the Atomic Punks and got to see them perform many nights while pretty much living at FM Station in the San Fernando Valley. It’s really cool to be able to release one of Ralph‘s great original bands from the eighties and early nineties”. We had to pull theses tracks directly from the studio reels, which was quite a job but definitely worth it all in the end as there is no better sonic quality of these 6 songs available on the planet.”

The album certainly does not disappoint from start to finish with the should have been radio smash track “Higher” as well as the up tempo infectious rockers “Sticky Situation” and “Sister Red Light” Long Gone also delivers a stellar ballad “Good Bye Sweet Love” which might have turned Bon Jovi green with envy after a few listens! Based on Ralph and what he has done in the past and what he is currently doing in the present, this release is most definitely a part of rock history and belongs in every rock addict’s collection.

Lance V. explains “We felt this was such an important release that I brought in Rough Cutt bassist Matt Thorr and myself to collaborate on the mastering process. I am aware there are additional Long Gone tracks possibly floating around on the net, but the sonic quality of them is disastrous and we do not release junk to the fans or our customers and since no member of the band had them in high quality they will live and die only on the net. Our standards are way too high to release bootlegged junk – the six songs we have are fantastic and I could not be more proud of the record”. 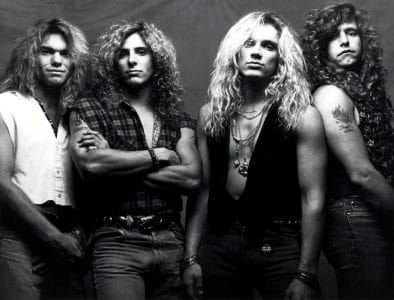 Fully restored, remastered and packaged with a full set of lyrics – this is a great album, highly addictive and highly recommended. If you don’t wake up with “Sticky Situation” stuck in your head all day, you really might want to get that head checked out by a doctor – ‘cause this stuff is fantastic!