Sacramento, California, USA rockers Shy Tiger‘s two albums Tails Out (1993) and Feed The Kitty (1994) have been re-released on one CD by Demon Doll Records. Spirit-of-Metal indicates that the group formed in 1993 before disbanding in 1998, and consists of singer Ryan Freeman, guitarist Johnny Ryland, bassist Brian Maushart and drummer Jason Eldredge. The first ten tracks on the Demon Doll Records released Feed The Kitty/Tails Out come from the Feed The Kitty album while the latter ten emanate from Tails Out. 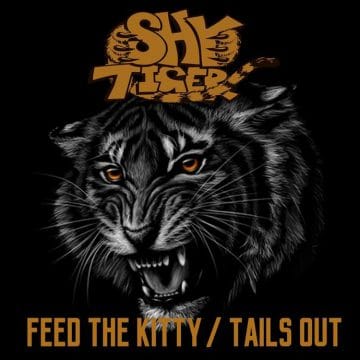 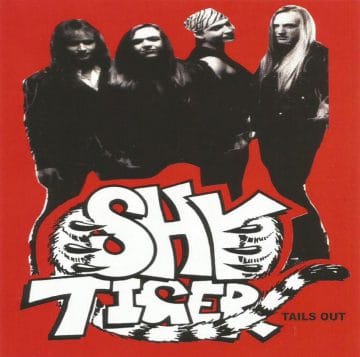 “The DDR Music Group & Metal Legacy Records are proud to team up with Glam Metal Rockers SHY TIGER to release not one but two albums all rolled up into one delicious package.

These tigers deliver some amazing early 90’s stomp and sleaze that would make any fan of the genre drool! Check out “Desperate”, “Young And Only” and “Lay Your Money Down” to really get you in the mood to hit the town on the hunt for some tigress in need of attention. They also deliver with some excellent ballad work with “Lay Down And Cry” as well as “Believe In You”.

If you’re looking for the portal back to the good time Rock N Roll anthems that once littered the airwaves as well as a few love ballads that so marked the time period then by all means jump on through as this is the record for you! 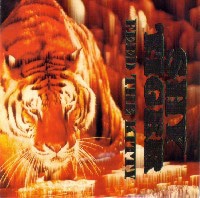 Get 18 tracks dripping with nostalgia and sink your teeth down deep as this is highly recommended listening!

Don’t be shy – this tiger will rock your world!