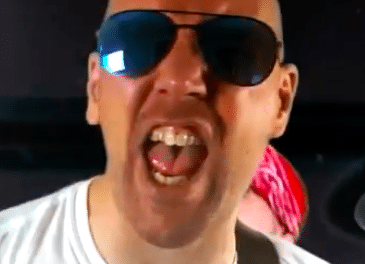 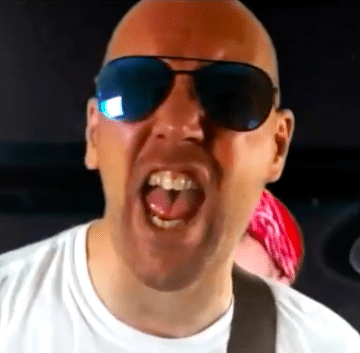 Demons Sing of The End have released a video for the track “(We’re Gonna) Wake Up The Whole Town” from their upcoming sophomore album Wake Up And Enjoy The Ride, which will be released on August 13, 2018.

In a press release, Demons Sing Of The End states (with slight edits): “Whilst being a great opening track celebrating the love of rock music concerts, the song is a great indicator of the album’s overall style of huge riffs, bigger choruses and tasteful guitar solo spots. As with the debut album Take Life By The Throat And Scream!, the entire album is performed by life long rock music obsessive Rob Lewis and believes this is THE rock album of the year.”

Back in September 2017, Lewis spoke to Sleaze Roxx and stated the following (in part) about his background: “I started playing guitar at age 22 and started home recording for a few years. I joined/helped shape a local band into a live capable unit and again played the London/National circuit before line-up changes/alcohol issues stopped it from working and I again returned to the home recording platform. Now as Demons Sing Of The End and in early 2017, I decided to try to add a video element as live playing isn’t possible and I can create a “band” vibe using a green screen. The tracks “We Came To Fight,” “A Soul To Sell” which is a tribute to the ’86 film Trick or Treat and “Crawl Back To Hell” on my YouTube channel represent the start of a “new album.””