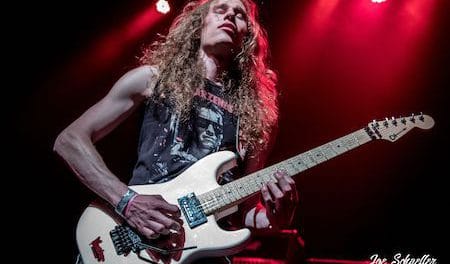 Continuing with his Riff of The Week segment, Denman guitarist Dakota Denman has thrown in something that he has never done by handling the lead vocals as well on a cover of Judas Priest‘s classic “Electric Eye.” 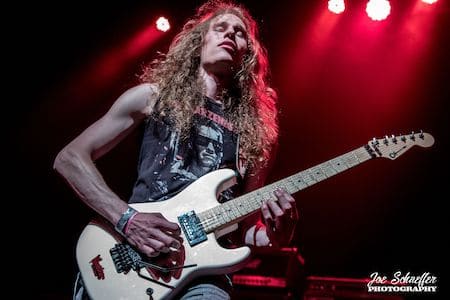 “Here it is! A new “Riff of the Week.” This time, I tried something totally new : Covered a song, and sang it! Never really considered myself a “singer” but I gave it a whack and it turned out pretty cool. Here is me, covering Judas Priest – Electric Eye!”

Dakota Denman is best known for being one of the two guitarists in the Nashville, Tennessee, USA based band Denman. Dakota shares guitar duties with his brother Ben Denman with the latter handling the lead vocals as well.

“I can’t say enough about Denman‘s tandem guitar attack of brothers Ben and Dakota Denman. Both can shred with the best and are very adept at coming up with some memorable guitar solos in the Kirk Hammett meets George Lynchvain. Even though both can come up with some killer guitar solos, they don’t overplay on the songs but rather come up with some exceptional guitar solos with lots of melody at the appropriate times. Ben Denman also handles the lead vocal duties and reminds me of Metallica‘s James Hetfield except with a much higher pitch. No one will likely say that Ben Denman is one of the greatest vocalists out there but he gets the job done and sounds great in the process. The rhythm section of drummer Ted Karol and bassist Robbie Crede is solid and really lets the Dakota brothers shine. It also helps to have producer extraordinaire Michael Wagener behind the controls.”