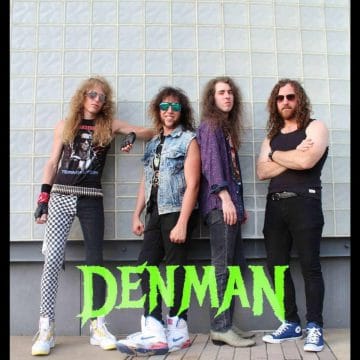 “Formed in the spring of 2016 by brothers Ben, and Dakota Denman, recent Nashville transplants who had a vision: to take the Nashville music scene by storm, with hard rock/ heavy metal songs penned by the two, that are well written, raw and full of attitude. With influences such as Metallica, Motley Crue, and the mighty Van Halen, they’ll put on a show full of energy that takes you back in time. Their sound is rounded out by the Swedish heavy hitter on drums, Ted Karol, and fellow Nashville Hard Rocker, Clint Richardson on bass. With guitar solos that will take you up to the stratosphere, These guys mean business, and will be a Live act to die for in the Nashville Area live music scene.”