Deraps consisting of lead vocalist / guitarist Jacob Deraps, bassist William Lachance and drummer Josh Gallagher have unveiled a video for their new single “Live Fast Die Slow” from their upcoming debut self-titled album, which will be available via Metalville Records on June 17, 2022. 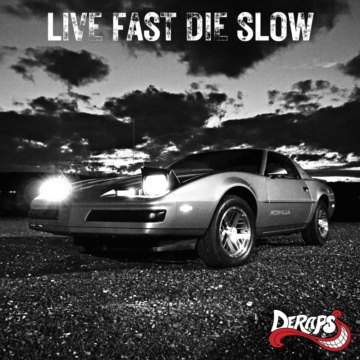 “Today, Deraps release the official video for “Live Fast Die Slow,” the second single from their self-titled debut album, which will be released on June 17 via Metalville Records. The video for the track, which will also be released as a digital single this Friday, May 20th, 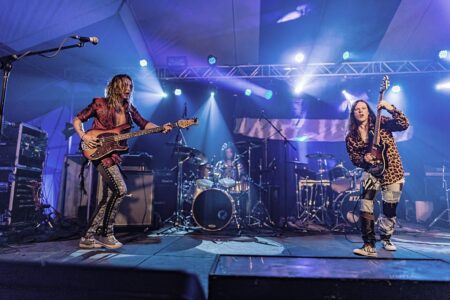 The young, explosive Canadian/Australian power-trio Deraps is already considered a small sensation in the hard rock scene. Deraps capture the sound and essence of late ’70s rock ‘n’ roll with their music – a time when a new generation of bands rocked the global scene, led by Van Halen, who strongly influenced the members of Deraps.

The young, up-and-coming rock ‘n’ roll band consists of Canadian guitarist and lead singer Jacob Deraps (winner of the 2016 Dweezil & Frank Zappa Fellowship Award), Canadian bassist William Lachance, and Australian drummer Josh Gallagher. Deraps brings a breath of fresh air to the scene, with a sound, vibe, and style that can be described as exceptional in this form. 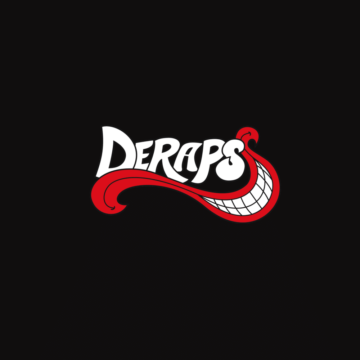 Although Deraps always approach their music and performances seriously, they still always capture the sound and essence of rock ‘n’ roll. Deraps‘ sound takes you right back to California’s Sunset Strip of the late ’70s, when a new generation of bands rocked the global scene, led by Van Halen, who heavily influenced the musicians of Deraps.

From the opening salvo “Invasion” to the energetic debut single “Sex, Drugs & Rock N’ Roll” (winner of Classic Rock Magazine Tracks of the Week), the stomping “Make Ya Groove,” the epic “Veins of My Heart,” the mellow Californian summer mood of “On My Mind” to a cover version of The Sweet‘s world hit “Ballroom Blitz,” this first album already has what it takes to become a classic!”