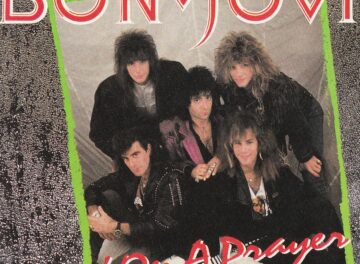 Renowned producer Desmond Child was recently interviewed by Yiannis Dolas for Greece’s Rock Pages. Child is one of rock n’ roll’s most prolific and successful songwriters given that he has written or co-written songs that have reached #1 for six decades in a row. Child‘s hit singles as a songwriter include KISS‘ “I Was Made For Lovin’ You”; Bon Jovi‘s “You Give Love a Bad Name” and “Livin’ On A Prayer”; and, Ricky Martin‘s “Livin’ La Vida Loca.” 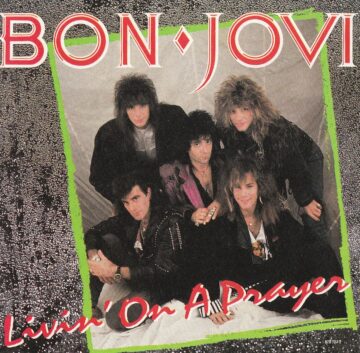 Child was asked whether he along with Jon Bon Jovi and Richie Sambora ever thought that the song “Livin’ On A Prayer” would have such a huge impact when they were writing it, to which he replied (as provided by Rock Pages with slight edits):

“Well, you know, when you’re creating something, you’re in the moment. You know, you never know what’s going to happen. That song had a majesty, a kind of upward lift that just exuded hope. And at that time, Jon was thinking about making a more hard rock record. So when we wrote the song, he was a little bit… the song a bit sentimental. It’s a bit soft, and he said “I was hoping we could rock harder”. And Richie and I literally got on our hands and knees and begged him to record it. I mean, half joking, but half for real. Just record it! See what happens…

As soon as they started recording it… Magic! And everyone felt it, and there was no way of turning back. The song has a life of its own. It really does. So many people, so many generations know the song. Sometimes they don’t even know where the song came from or who the artist is. You know, that song is one of those. And it’s known all around the world. And it was so touching when the whole city of Chicago started singing, “Livin’ On A Prayer” through the windows to hear each other during Covid. That really touched my heart. And what I love about going to see Bon Jovi is that you’ll see people there from so many generations. You’ll see little babies on the shoulders, you know, with their head headphones on, and the parents are there rocking with their fists in the air. And then the grandparents are there. The great grandparents are there. Really old people, people of every color are there, you know, from all walks of life. And when they’re singing, “Livin’ On A Prayer”, which is always the last song, so no one can leave until they hear it. So, he’s keeping them there till midnight if necessary. No one will leave. And when they sing that song, they put on the lights. You can’t even hear the band playing it because everybody sings, screaming it out.

You can read the interview with Desmond Child in the Greek language via Rock Pages‘ website and/or listen to the interview in English below: