Renowned songwriter and producer Desmond Child was interviewed by Shawn Ratches for the Laughing Monkey Music podcast a couple of months ago. 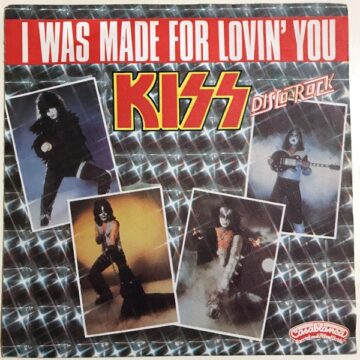 Child has written or co-written some of the world’s biggest hit singles including KISS‘ “I Was Made For Lovin’ You”; Joan Jett & the Blackhearts‘ “I Hate Myself For Loving You”; Bon Jovi‘s “You Give Love A Bad Name”, “Livin’ On A Prayer”, “Bad Medicine”, and “Born To Be My Baby “; Aerosmith‘s “Dude (Looks Like A Lady), “Angel”, “What It Takes” and “Crazy”; Alice Cooper‘s “Poison”; and Ricky Martin‘s “The Cup of Life” and “Livin’ La Vida Loca”.

In terms of how he ended up writing with KISS frontman Paul Stanley, Child indicated (as transcribed by the Laughing Monkey Music podcast with slight edits): “And in fact, one of the most successful collaborations I had was with Paul Stanley of KISS, and we co-wrote a song called “I Was Made For Loving You.” Motown dance beat, and rock guitars — it was revolutionary and changed the course of pop music. It definitely did. And it was, you know, it’s still to this day KISS‘ biggest international hit of all-time. And so Paul Stanley used to come to see Desmond Child & Rouge at a place called tracks on the Upper West Side on 72nd Street, he had to go downstairs actually really, truly underground. And that’s where George Harrison of The Beatles came to see us. And Paul would come all the time.

And, one night he said, ‘Hey, you know, why don’t you and I try writing a song together?’ I said, ‘Okay, well, why don’t you write a song with me for Desmond Child & Rouge. And I’ll write a song with you for your band.’ You know, I didn’t really know that much about KISS, because it was kind of like, ‘Oh, that’s what you know, little kids with lunchboxes listen to or something.’ But you know, they would play Madison Square Garden. They were like a huge act. And, okay, so we made the trade. He co-wrote a song with me, called “The Fight”, which we co-wrote with David Landau. And I co-wrote a song with him called “I Was Made For Loving You.” And I think it turned out that I did better on the bet, on the trade. And to this day, it’s one of the things that have kept me going financially — the song royalties from that song.”

You can listen to the interview with Desmond Child on the Laughing Monkey Music podcast below:

KISS‘ “I Was Made For Loving You” video: