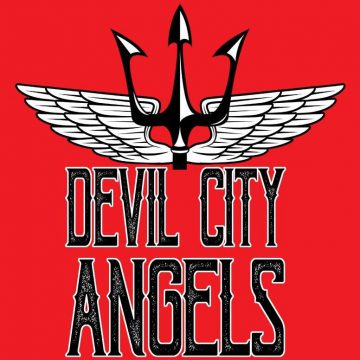 The group released its well received debut self-titled album back in September 2015 with guitarist Tracii Guns (L.A. Guns) and bassist Eric Brittingham (Cinderella, Bret Michaels) in the line-up. In or around the fall of 2016, Rockett, Gibbs and Brittingham joined forces with guitarist Joel Kosche (ex-Collective Soul) to form the Lords of Devil City. That band was a short lived affair as by late January 2017, it was rebranded as Devil City Angels. By September 2017, Brittingham had been replaced by bassist Topher Nelson (John Corabi).

In March 2019, Gibbs posted a reply message on Facebook indicating that he had moved on from Devil City Angels given that the group was “inactive.” This prompted an exchange of public messages between Rockett and Gibbs about the latter’s spot in the band. It appears that the duo have since kissed and made up since Devil City Angels released the video for the single “Testify” today.