Devil’s Train consisting of frontman R.D. Liapakis, guitarist Dan Baune, bassist Jens Becker and drummer Jörg Michael have unveiled a video for their new single “Rising On Fire” from their latest album Ashes & Bones, which was released via ROAR! Rock of Angels Records on June 24, 2022. 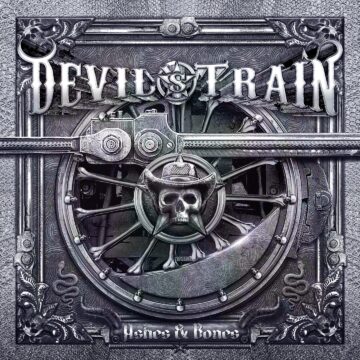 Devil’s Train‘s previous album II finished at #10 on the Sleaze Roxx’s Top Ten Albums of 2015 to which Sleaze Roxx stated:

“It came down to the wire. There had to be at least ten albums seriously vying for the tenth spot of the Sleaze Roxx’s Top Ten Albums of 2015 but a newcomer to me just came in and “stole” the last spot. I have to thank Sleaze Roxx writer Fat Peter for doing a review of Devil’s Train‘s sophomore album II with only three days left in 2015. One listen of Devil’s Train‘s II confirmed that this was a great album that had to be considered as one of the year’s best. These Devil’s Train guys play some serious ass kicking, no holds barred and relentless rock n’ roll. Including two cover songs (“Born To Be Wild” and “Immigrant Song”) seems almost unnecessary given the quality of the group’s own original material on II. What more can be said? Just another fantastic sleaze rock band emanating from Europe.”