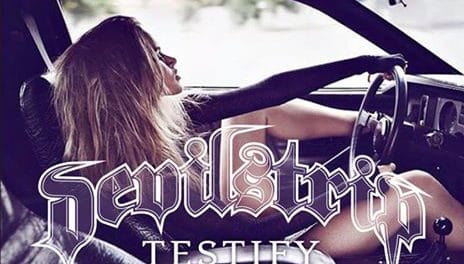 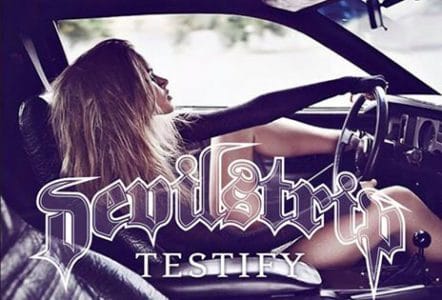 Ohio, USA based rockers Devilstrip have released a lyric video for their new song “Testify” from their upcoming second studio album Gravitate, which will be released via Broken Road Records on March 16, 2018.

Sleaze Roxx stated the following in its review of Rise: “There have been some amazingly talented power trios over the years, including Rush and most recently The Winery Dogs. The next one may just well be Ohio based Devilstrip, which consists of singer and guitarist Marc Wasmund, bassist Graig Lindgren and drummer Jimmy Gray. The band touts itself as “fearless, independent and original hard rock from Akron, Ohio” — I can’t speak to Devilstrip being fearless, but they have the independent portion nailed down while the original part remains a question mark for me.

I have to say that I enjoy the first half of Devilstrip‘s debut album Rise a little more each time I hear it, but feel overall that the band plays music closer to alternative than pure classic rock or metal. Perhaps it is Wasmund‘s voice, which reminds me a little bit of Live‘s former lead vocalist Ed Kowalczyk on Throwing Copper — the only record that I know from that band. Or perhaps it is due to the second half of Rise, which is more subdued and less riff oriented than the opening tracks.”

The first single off of Devilstrip’s second album GRAVITATE, this is ‘Testify’.