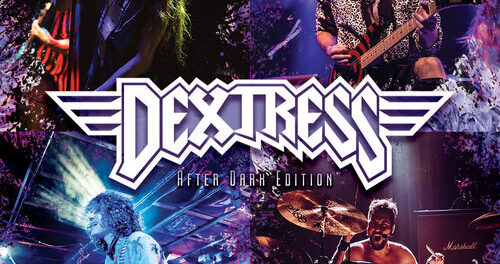 Canadian rockers Dextress‘ debut self-titled album has been reissued via Eonian Records with a new album title (After Dark Edition) and one bonus demo track. 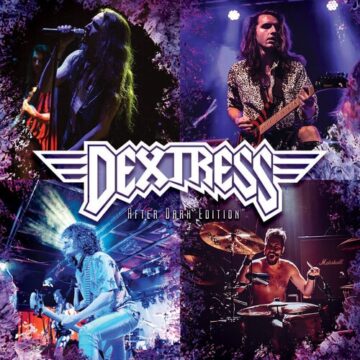 “Indianapolis, Indiana – Envision the delirious fun of Van Halen, influence of Mötley Crüe, anthemic precision of Def Leppard, all smeared with the back alley grime of Skid Row and Guns N’ Roses, and you have hit the sweet spot with Calgary, Alberta’s Dextress!

Originally released in October 2017, few debut indie releases (or groups) have been so enthusiastically received, landing the #8 spot on the Sleaze Roxx’s Top Ten Albums of 2017 to name just one of the highlights. Produced and mixed by renowned producer Glen Robinson at LeStudio, in Montreal, Quebec, this superb-sounding debut album consists of one solid punch after another. It is a MUST have for any music fan that wants to turn back the clock to the Decade of Decadence. Eonian Records is thrilled to bring you the re-issue of their debut with all new artwork, band bio written by Steven Reid of Fireworks Magazine, never-seen photos of the band, and bonus track “Young n’ Crazy”.

Dextress‘ “Wild Is The Night” video: