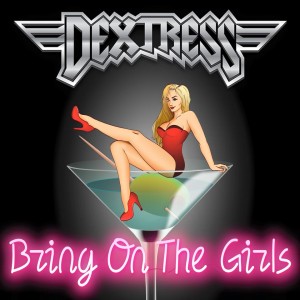 The single is available for preview, purchase and download on iTunes.

Dextress had previously released a four song EP entitled The Demo in 2014 and the single “Guilty Man” back in October, 2015.

Back on October 3, 2014, Sleaze Roxx interviewed three of the four Dextress band members and asked each of the three which was their favorite Dextress song. Frontman Jackson Taylor responded, “For me, it is probably “Bring On The Girls” just because it is super fun to sing and it is really high and challenging. So that’s probably one of my favorite songs to play.”