Dextress release video for acoustic version of “Wild Is The Night” 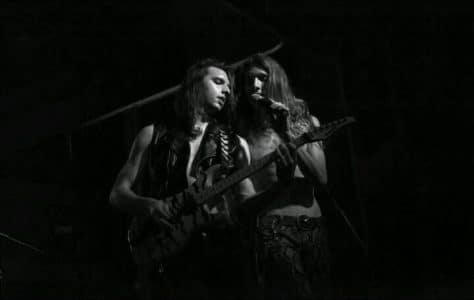 The song “Wild Is The Night” was first released as one of four songs on Dextress‘ debut EP The Demo. Sleaze Roxx stated the following in its review of The Demo: “The songs on The Demo are simple in that they are catchy and riff based, yet sophisticated by offering many different tempos and don’t seem to follow traditional song structures. I can’t say enough about the four songs on the EP, I just wish there were more of them to listen to. It is hard to pick my favorite track but I will go with “Red Eye Remedy” due to the infectious and melodic (yet basic) guitar riff around which the song is built on, the vocal harmonies — I want more of that — and the absolutely scorching guitar solo towards the end. The production, or sound, on The Demo is not the greatest but it is good enough for me to want to continue listening to the EP and appreciate just how good these four young musicians are.”

Dextress – Wild Is The Night (Acoustic)

‘Wild Is The Night’ from the upcoming debut album performed live and acoustic. Album version out now. https://itunes.apple.com/ca/album/wild-is-the-night-sin…