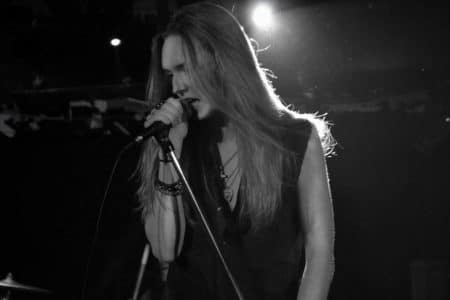 Canadian hard rockers Dextress have announced that Jackson Taylor, their frontman since day one, is stepping down due to personal reasons. New bassist Eric Paulin will be handling lead vocals during Taylor‘s absence. Dextress did not elaborate on what Taylor‘s personal issues are.

The following message was posted on Dextress‘ Facebook account earlier today: “Due to personal reasons, Jackson Taylor will temporarily be stepping down from lead vocals of Dextress. Dextress will continue on, having bassist Eric Paulin filling in on lead vocals. Further updates as to his return will be given as they become available, thank you for your continued support.”

With Taylor temporarily sidelined, Dextress‘ original line-up is down to one member: guitarist Mark Janz. Dextress released their debut four-song EP The Demo back in August 2014 with Taylor, Janz, bassist Christian Garcia and drummer Marcos Rodriguez. Paulin was announced as the new bassist on August 1, 2016 while drummer Keith Runco was officially added to the line-up in December 2016. However, Dextress‘ Facebook page only mentions three band members: Janz, Taylor and Paulin. Dextress were supposed to be recording their debut album in Montreal, Quebec, Canada with producer Glen Robinson starting in May 2016 but that appears to be when the original line-up was still together.

Dextress- (live) at Dicken’s Pub 1/14/17 with In/Vertigo, Electric Owl, and In Search Of Sasquatch