In what has become a more and more common occurrence, it is now the turn of Canadian rockers Dextress to start a funding campaign to raise funds for the recording and release of their debut album.

Dextress have commenced a funding campaign via Indiegogo and have raised thus far $1,200 Cdn towards a flexible $20,000 goal with two months remaining. 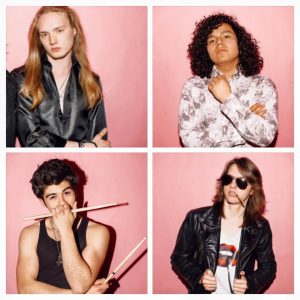 We’re Dextress, a Calgary based hard rock band which came about after guitarist Mark Janz and vocalist Jackson Taylor met at a church youth group. Being the only two boys in the building donning leather jackets and hair past their ears, the connection was almost instant. After some time with unsuccessful lineups, the band was finally filled out with the arrival of Christian Garcia and Marcos Rodriguez and we set out to pursue the dream of rock and roll. Influenced by hard rock legends such as Aerosmith, Guns N’ Roses, and Van Halen, we strive to bring back what made music great while also taking it in a new direction. Sharing the same passion for music we have one goal in mind… TOTAL WORLD DOMINATION. At least, in terms of the music industry.

Why we need your help

For any band to be successful, there has to be good songwriting. We have that! But your opinion is what’s important, and for you to be able to decide for yourself, we need to record our music and get it out to the masses. With this in mind, we have decided it is time for us to venture out and record our debut album, and that album will be recorded in Montreal! Of course, Montreal is a long way from Calgary and nothing comes cheap, so we need your help to fund this thing so we aren’t up to our eyes in debt for the rest of our lives. By contributing to our campaign you will be helping pay for expenses including:

Studio time (They charge by the hour!)
A great producer
Mastering of recordings
Printing of physical CD’s
Distribution costs
Flights to get us out to Montreal and back home
Accommodations while we are in Montreal (just ’cause GNR lived on the streets doesn’t mean we want to)
Cab fair/transit fair so we can get around while we record the album
Money for the “food and beer” fund so we don’t starve to death in Quebec
Any and all promotion costs for the album

If we exceed our donation goal and end up with excess funds they will not go to waste! Any excess funds will be spent on further promoting the album and Dextress as a whole. 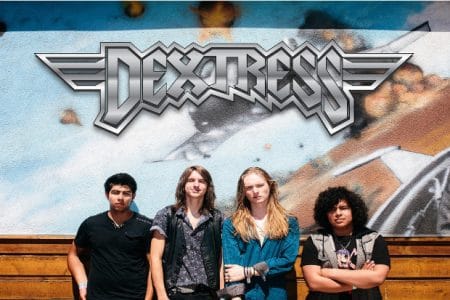 What you get out of it

A contribution of any size is greatly appreciated, and we will be providing various perks for different donation levels. Perks include:

Other ways to help

If you are unable to make a monetary contribution to our cause there is still lots of things you can do to help us! Simply sharing our Facebook page, showing our music to friend, or spreading the news about our campaign can greatly impact our success as a band!

We truly appreciate all of our fans, friends and family. We couldn’t have come this far without you, and we certainly wouldn’t be able to go any further without your continued support. From the bottom of our hearts we would like to sincerely thank you all. We’ve got a long way to go, but we are ready to put in the work. Truer words have rarely been spoken than these…

IT’S A LONG WAY TO THE TOP IF YOU WANNA ROCK N’ ROLL.”

Dextress released a four song EP entitled The Demo back on August 9, 2014 that received a rave review from Sleaze Roxx.

Dextress‘ single “Wild Is The Night” is available to be downloaded for free.