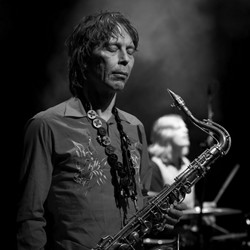 Saxophone player Mats Gunnarsson has been found dead at the age of 51 of a suspected drowning.

Mats “Magic” Gunnarsson was a member of the Swedish rock band the Diamond Dogs, who celebrated their 20th anniversary with the 2012 album ‘Set Fire To It All’, and has worked with such musicians as Idde Schultz, Staffan Hellstrand, Miss Li, Kikki Danielsson, and most recently played on The Electric Boys latest album ‘Starflight United’.

The saxophonist went missing on May 28th. At the time Diamond Dogs founder Soren Sulo Karlsson said Gunnarsson was last seen at Stockholm, Sweden’s KGB Bar & Restaurant and asked anyone with information on his whereabouts to come forward.

Today the musician’s body was found near Djurgarden, an island in the middle of Stockholm, after police conducted a search of the area. Christopher D’Afflitto, an officer with Norrmalm Police department, confirmed that one person was found deceased in the Djurgarden area. “We have found a body in the water,” he said. Currently there is no suspicion of foul play.

Gunnarsson had been living on a boat in the Djurgarden area while his apartment was under renovation.

“It is with great sadness we have to inform you that the saxophone player on our album, Mats “Magic” Gunnarsson, has been found dead,” said members of The Electric Boys. “The Friday show at Sweden Rock Festival will be our tribute to him.”