Los Angeles, California, USA based Diamond Lane have released a video for their new song called “Slipping Away.” 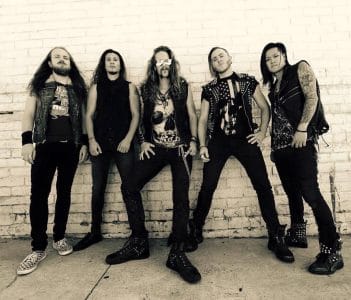 Diamond Lane lead vocalist Brandon Baumann has checked in with the following update:

“We’ve been waiting a long time to bring everyone some new Diamond Lane, and now we have the pleasure of revealing one of the bonus tracks (that 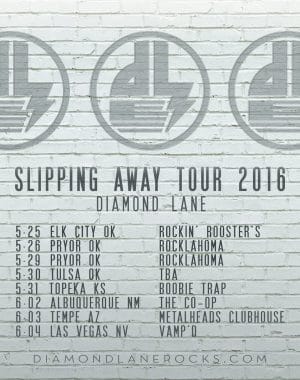 didn’t even make the lineup for the new record) as an “advance listen”. This is just a taste of what’s to come, and we hope you dig it enough to pass it around. We’re ready to hit the road, are in peak form, and are excited to share this new music and so much more with all you rockers, rollers, and outta-controllas…Let the next chapter begin!”

Sleaze Roxx stated the following in its review of Diamond Lane‘s last album Terrorizer: “I think Diamond Lane offer plenty of bang for the buck with the songs and general good loud rock and also they bring a dose of energy to LA scene. In addition, I think they would be great to see live if the energy from the albums translates to the stage.”

“Slipping Away” by Diamond Lane. Official release date: May 19th, 2016This track is available exclusively at http://downloads.diamondlanerocks.comDirected a…