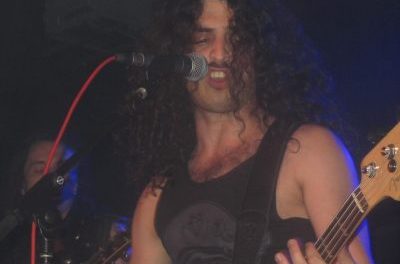 Canadian sleaze rockers Diemonds have made a change to their line-up replacing bassist and newest member at the time Adam Zlotnik with newcomer Tyrone Buccione. 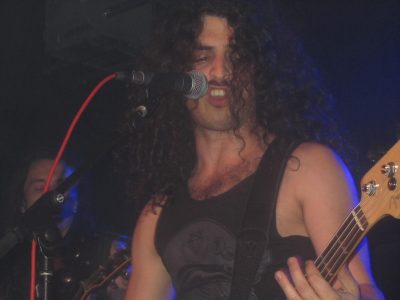 Speaking exclusively with Sleaze Roxx, Diemonds‘ guitarist Daniel Dekay stated the following in that regard: “Tyrone is our new 4 stringer & newest Diemonds family member, he’s an old pal of ours and we’re stoked to have him on board. Not only does he bring heavy riffs, he comes with one hell of a singing voice! Adam is playing in Brother Levon which is made up of childhood friends of his & former bandmates from his defunct thrash band Fatality. They’ve been working on that project a long time and I’m stoked they finally unleashed it to the masses!”

Sleaze Roxx recently caught Diemonds performing live when they opened for Steel Panther at the Maxwell’s Concerts & Events venue in Waterloo, Ontario, Canada. Sleaze Roxx stated the following in its concert review: “Diemonds hit the stage in strong fashion with mostly material from their latest album Never Wanna Die. The group sounded fantastic and [Priya] Panda‘s vocals were at the perfect volume over the music. The whole band seemed to really be enjoying their time on stage. Diemonds could have played any song from The Bad Pack and/or Never Wanna Die because there is not one weak track on any of those albums.” Sleaze Roxx concluded its concert review of Diemonds‘ set by stating: “Overall, Diemonds simply killed it putting on a great performance and getting the crowd perfectly warmed up for the main event.”

In three days, Diemonds will be releasing a new video for one of their yet to be disclosed songs off their latest studio album Never Wanna Die, which was released in August 2015 and reached the #3 spot on Sleaze Roxx’s Top Ten Albums of 2015.

Diemonds opening up for Steel Panther at Maxwell’s Music House in Waterloo, ON July 12th 2016.