Toronto hard rockers TimeGiant featuring Diemonds bassist Tyrone Buccione on lead vocals and guitar have released a two song single titled “Farcaster” which can be previewed at the group’s Bandcamp page. The other track on the two song single is called “Gotta Rock And Roll.” TimeGiant released an EP titled Waiting For The Sun in 2016.

The following message was posted on Buccione‘s Facebook page back on October 3, 2018: 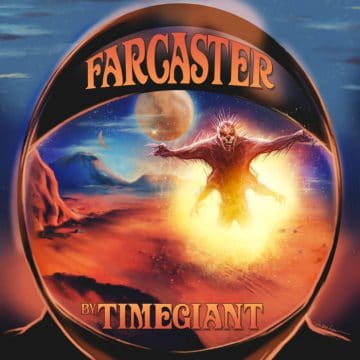 “New TimeGiant music out now! Our 2 song single release is called Farcaster, turn it up!

Available on Spotify, Apple Music and all streaming sites soon.

2 new songs: “Farcaster” is based on the sci fi novel Hyperion and is about a portal to other worlds. It is written in the perspective of intergalactic WARRIOR Fedmahn Kassad who fights a four armed spiked and invincible monster named The Shrike…you nerds.

“Gotta Rock and Roll” is just a fuckin rocker, eh. With wisps of sexual encounters and hints of total defiance, this three minute barn burner is sure to make your friends like you more. If they don’t think it’s cool then they weren’t really your friend, were they?

Special thanks to Medieval Dan Harden, the wizard behind the recording console. You killed it and made us sound so rad!

Shout out to Farcaster co-writer and TimeGiant veteran Ryan Watson, the Watstone Cowboy.

Thanks to our close buddies Dajaun Martineau and Guillermo Alberto Subauste for additional engineering and recording.

And holy HELL, that artwork is done by the multi talented Matthew Therrien at mctherrien.com. Seriously, check out his stuff!

Thanks to all the fans who have always been with us, this one is for you!”

TimeGiant‘s “I Am The Fire” video:

TimeGiant – I Am The Fire [Official Music Video]

Check out www.timegiantband.com for the “I Am the Fire” Mp3 download. Produced by Jon Drew and TimeGiantMixed and Mastered by Jon DrewRecorded at Metal Works…