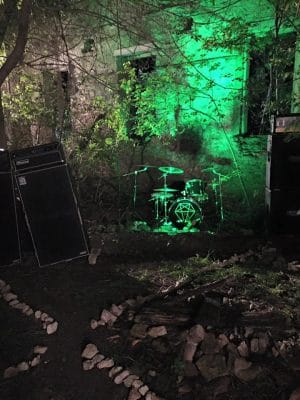 Canadian sleaze rockers Diemonds have finished the filming portion for a video for a yet to be announced song from their new album Never Wanna Die, which was first released in Japan back on August 5, 2015.

The following message was posted on Diemonds‘ Facebook page: “So we filmed a new music video yesterday. Any guesses on which song?”

Sleaze Roxx stated the following in one of its two reviews of Never Wanna Die: “As soon as you hear the opening riff of Never Wanna Die, you will instantly put your devil horns up in the air and start waiving your metal flag. The album is filled with fast and furious riffs that won’t allow you to put your arm down till the album is over, 35 minutes later.” Sleaze Roxx went on to conclude: “Do yourself a favor and pick this album up. You will not regret it… After your listening experience is over, one might need to ice their shoulder or go see a chiropractor because keeping your devil horns up for 35 minutes straight might leave you with a sore shoulder. If that would be the case, can’t say I didn’t warn you.”