Diemonds singer Priya Panda was recently interviewed by Ian Sutherland for Metal Talk and spoke about the difficulties that the band encountered when associated with a record label such as Napalm Records for their previous album Never Wanna Die, which was released back in August 2015. Last month, Diemonds released their fourth and self-titled studio album on their own. 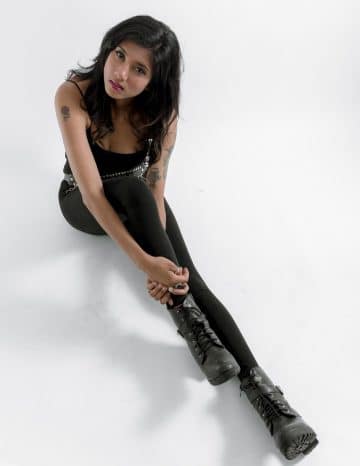 Panda stated: “…. we had limited runs of CD and vinyl but they’re already all sold out. We’re no longer on Napalm Records; they’re the ones who put out ‘Never Wanna Die‘. We really wanted to take control of the creative process from point A to point Z. Our roots are punk, our roots are making things with our own hands, going on the streets and giving out flyers. We built this thing from out of nothing and maybe we’re right back where we started but I have no regrets. We’ve got to do a lot and experience a lot and most of that has been done ourselves and it feels good.

You can read the rest of the interview with Priya Panda at Metal Talk.